Back to List
COL Charles C. Drake
Class of 2006 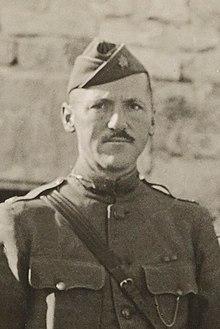 Colonel Drake (2 November 1887 – 16 July 1984) was an American Brigadier General and Quartermaster of the United States Army Forces in the Far East during the Battle of Bataan.

Colonel Drake was promoted to captain and transferred to the 58th Infantry Regiment on May 15, 1917 at Gettysburg, Pennsylvania. The unit was sent to France in May 1918 and he was promoted to Major in June and subsequently participated in the Aisne-Marne Offensive, the St. Mihiel Offensive, and the Meuse-Argonne Offensive.

Colonel Drake commanded the Quartermaster Corps in the Philippines during the Japanese invasion. He was third in command during the Battle of Corregidor in May 1942.