Back to List
COL Oscar J. Harrison
Class of 2014 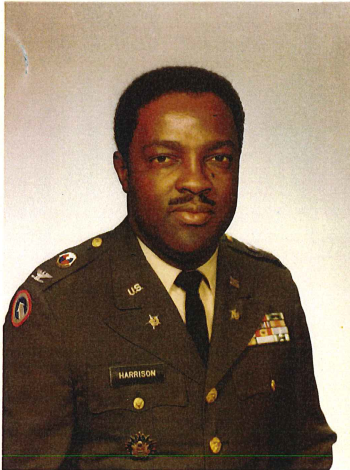 Colonel Oscar J. Harrison, a native of Norfolk, Virginia was commissioned in the Regular Army as a Distinguished Military Graduate of ROTC at Virginia State College.  He served almost 3 years as an Enlisted Soldier (including 2 years during WWII).  Upon commissioning and following a 2-year combat arms detail, he spent the balance of his 29 years military service as a Quartermaster Officer.

Colonel Harrison commanded two battalions.  As a major, he commanded the 15th Supply & Transport Battalion, 1st Infantry Division in Korea.  He also commanded the 88th Supply & Service Battalion in Vietnam.  This Battalion provided total Quartermaster supply and service support for 45,000 troops, including the 4th Infantry Division.  Later in Vietnam in the headquarters of the 1st Logistical Command, he served as the Deputy Assistant Chief of Staff (Supply).  Together with the Assistant Chief of Staff (Supply), they supervised planning, execution and assessing supply support for all U.S. and allied forces in Vietnam.

At Headquarters Department of the Army, Office of the Chief of Staff, Colonel Harrison served as the Assistant Secretary of the General Staff (Logistics).  He recorded decisions and directives of the Chief and Vice Chief and assigned agency responsibility for action and reply.  He served two Army Chiefs of Staff: Generals Harold K. Johnson and William C. Westmoreland.

In his final assignment before retiring, Colonel Harrison served as the Deputy Chief of Staff, and concurrently as the Secretary of the General Staff, at Headquarters Army Materiel Command.  He ensured the orderly and effective operation of AMC headquarters and promoted effective communications among headquarters AMC, subordinate elements and supported units, and ensure effective liaison with sister services and the Defense Logistics Agency.

Colonel Harrison is authorized to wear numerous U.S. and foreign awards and commendations including the Legion of Merit (w/OLC), Bronze Star (w/OLC)