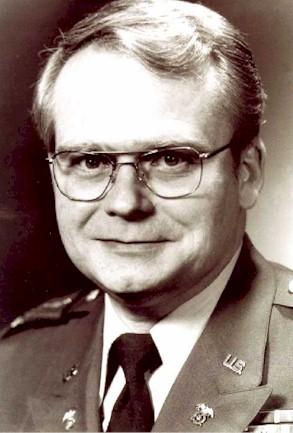 Colonel Horn was commissioned a Second Lieutenant in the Quartermaster Corps on 15 June 1956, and spent his two years detailed as an Infantry Company Commander. Over the remaining twenty-six years of active duty service, he held ever increasing positions of responsibility, with Quartermaster command and staff assignments both at home and abroad.

Early in the Vietnam War, Colonel Horn was G4 Advisor to the 22nd Army republic of Vietnam Infantry Division in Republic of South Vietnam (1964-65). He returned to Southeast Asia as a Senior Advisor and Chief Logistician on two successive occasions, in Thailand (1967-69) and, Vietnam and Cambodia (1969-70). Then after two years as a staff officer at the Office of the Deputy Chief of Staff, Logistics in Washington, he was reassigned to the 25th Infantry Division.

As Assistant Chief of Staff, Division G4, Colonel Horn oversaw the re-equipping of the 25th Infantry Division to post-Vietnam standards. He also upgraded training facilities and met the challenge of frequent battalion-size deployments throughout the Pacific Rim. When the Communists overran South Vietnam in April 1975, Colonel Horn, now Commander of the 25th Supply and Transportation Battalion, was sent to the island of Guam to help establish a major Vietnamese refugee base. Two Infantry battalions joined them as he assumed command of the 45th Support Group Forward, and in turn set up “Camp Rainbow” to process some 40,000 refugees.

From 1980 to 1982, Colonel Horn served as Commander of the 25th Infantry Division Support Command during a time of high intensity testing of new doctrine, organizations, and equipment, and again oversaw major deployments in the Pacific region. His final assignment was as Chief, Force Development Logistics, Office of the Deputy Chief of Staff, Operations, where he successfully managed the logistics requirements for over 400 major systems.

Colonel Horn’s decorations include the Legion of Merit (with three Oak Leaf Clusters), the Bronze Star, the Meritorious Service Medal (with two Oak Leaf Clusters), the Air Medal, The Joint Services Commendation Medal, and the Army Commendation Medal (with three Oak Leaf Clusters).  He also holds the Department of the Army General Staff Identification Badge; the Vietnamese Gallantry Cross with Silver Star, and the Vietnamese Honor Medal (First Class).  Colonel Horn was inducted as a Distinguished Member of the Regiment in 1998 and awarded the Distinguished Order of Saint Martin in 1999.  He has also been awarded the Medal for Patriotism by the American Federation of Police.