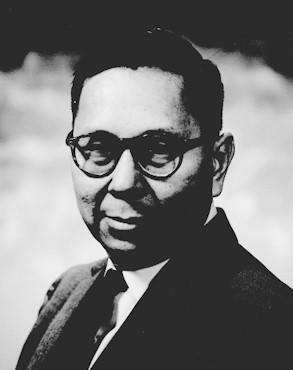 Dr. Siu was born on 24 February 1917, in Honolulu, Hawaii. He earned his Bachelor’s and Master’s Degrees from the University of Hawaii (in 1939 and 1941, respectively) and a Ph.D. degree as a biochemist from the California Institute of Technology in 1943. During the last two years of World War II, Dr. Siu served as a scientific and technical consultant for the U.S. Army, and became one the premier researchers assigned to the Quartermaster Corps.

As the Allies shifted focus from Europe to the war in the Pacific, Dr. Siu headed a team of researchers that designed, tested, and helped field a vast array of new “jungle type” fabrics, clothing and equipment that helped protect soldiers and save lives in the harsh tropical environment. As the Quartermaster Corps’ Director of Laboratories and Chief Scientific and Technical Director for more than a decade (1948-62), Dr. Siu spearheaded numerous critical projects, including pioneer efforts on irradiated food – a key component of President Eisenhower’s Atoms-For-Peace program. He was also one of the key planners involved in establishing the Quartermaster Research and Development Center in Natick, Massachusetts (today’s Soldier Systems Command).

Throughout his long and productive career and service to the nation, in his pioneering research, countless scholarly publications, administrative duties, and lectures around the world, Dr. Siu represented the very best interests of the American soldier and the United States Army Quartermaster Corps.