Back to List
MG William T. McLean
Class of 2006 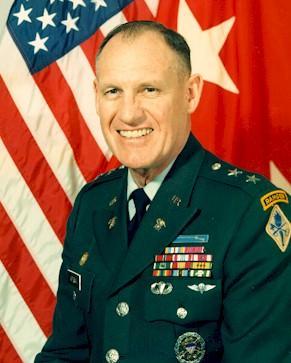 General McLean was commissioned a second lieutenant and awarded a Bachelor of Science degree from the United States Military Academy in 1958. He also holds a Master of Science degree in Petroleum Management from the University of Kansas. His military education includes completion of the Infantry Officer Basic Course, the Quartermaster Officer Advanced Course, the United States Army Command and General Staff College, and the Industrial College of the Armed Forces.

He was the Chief of Petroleum for the Deputy Chief of Staff for Logistics, United States Army Pacific, after which he performed duty as a logistics operations officer with the 46th Support Group at Fort Bragg. While at Fort Bragg, he commanded the 530th Supply and Service Battalion. Reassigned to Washington, General McLean served as a Personnel Management Officer in the Colonels Division at the United States Army Military Personnel Center. Following attendance at the Industrial College of the Armed Forces, he was a Joint Staff Action Officer, and later Chief of the Logistics Posture Branch with the J4 (Logistics) Directorate, Joint Chiefs of Staff.

Awards and decorations which General McLean has received include the Defense Superior Service Medal, the Legion of Merit, the Bronze Star Medal, the Defense Meritorious Service Medal, the Meritorious Service Medal (with Oak Leaf Cluster), and the Army Commendation Medal (with Oak Leaf Cluster). He also earned the Expert Infantry Badge, the Parachutist Badge, the Parachute Rigger Badge, and the Ranger Tab. General McLean was inducted as a Distinguished Member of the Quartermaster Regiment in 1991 (Charter Year).