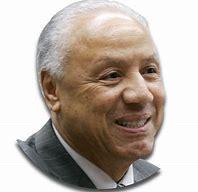 Lieutenant Wilkens was commissioned upon graduation from Providence College, Providence Rhode Island on 22 May 1961. He was assigned to active duty for six months and was to culminate his military obligation in seven and a half years in the United States Army Reserves. He completed the Quartermaster Basic Course and was assigned to the Student Brigade to complete his active duty tour. The “Berlin Crisis” escalated, and Lieutenant Wilkens was extended one year on active duty as the expense of his professional Basketball career, where he was drafted number six overall in the 1960 professional basketball draft. During that time, he became a student Company Executive Officer and performed in a outstanding manner. The duties of counseling and mentoring new Soldiers during the Advanced Individual Training phase of their careers. Lieutenant Wilkens was later assigned to the newly activated 98th Supply and Service Battalion and participated in its preparation for mission support as other units were preparing for deployment. Lieutenant Wilkens was a multi-talented individual, strong on leadership developed through the years of team sports, specifically basketball. That leadership was seen on the Fort Lee Traveller Basketball team as he guided the Post team to tournament and league championships during the 1961/62 season and was designated the team’s “Most Valuable Player” for the year. After his exceptional active military service, Lieutenant Wilkens, at the end of several professional basketball seasons, represented the NBA as an envoy and special service representative visiting with Soldiers in the Far East and Europe, improving Soldier welfare and morale while exhibiting professional basketball skills.