Back to List
BG Charles R. Krauthoff
Class of 2005 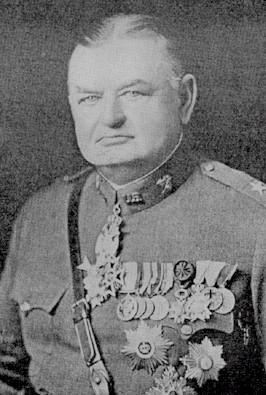 On April 18, 1906, San Francisco shook violently from a 7.9 earthquake.  Damage was severe, but the ensuing fires were catastrophic and over half of the city’s 400,000 people became homeless while close to 3,000 died.  Following the earthquake, the homeless needed food and shelter but fortunately for the city, army troops stationed nearby responded within hours.  Brigadier General Krauthoff, then a major, was the depot commissary officer at the Presidio and under his supervision, food and supplies were distributed to over 30,000 refugees during the relief effort.  Later, Brigadier General Krauthof was the primary proponent and organizer of the Quartermaster Corps Subsistence School, the first professional school whose function was to instruct selected officers and enlisted men in the procurement, processing, inspection, transportation, storage, and issuing of subsistence supplies, and to supply the army with trained subsistence specialists.