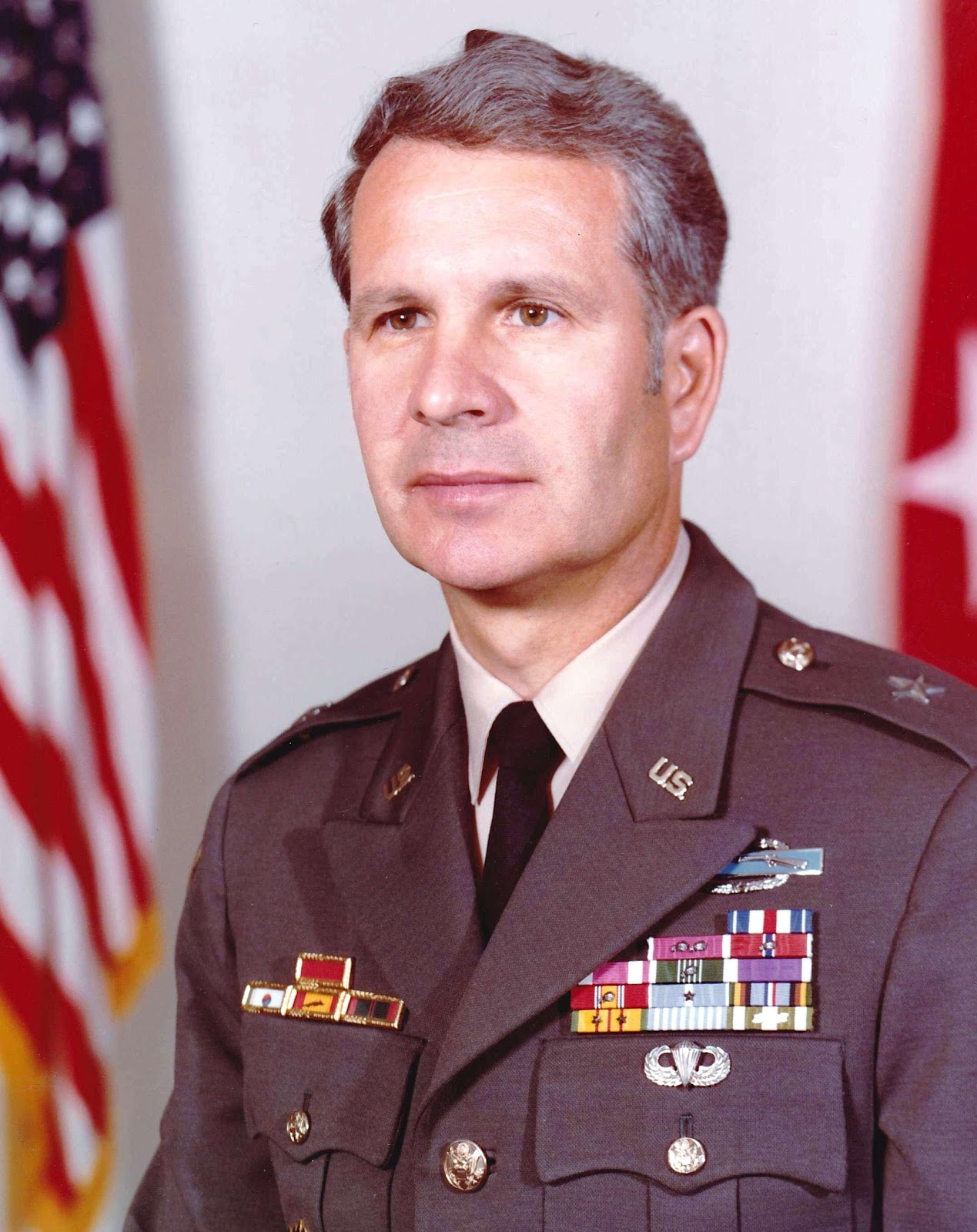 Brigadier General Vuley entered the U.S. Army as a Regular Army Officer in June 1952 upon graduation from the U.S Army ROTC program at the University of Vermont. He served as an Infantry rifle platoon leader and company commander during the Korean War with the 45th Infantry Division. He was awarded the Silver Star, Combat Infantry’s Badge, Purple Heart and a combat promotion to First Lieutenant. Following the Korean War, he was transferred to the U.S. Army Quartermaster Corps and became an Army Logistician.  In 1955, he was assigned to Fort Lee, Virginia as the Aide de Camp to the Commanding General, Fort Lee, VA and later an airborne instructor and completed the Quartermaster Advanced Course as the Honor Graduate. General Vuley was then assigned to Headquarters Seventh U.S. Army in Germany as a logistics staff officer. Prior to attending the Command and Staff College at Fort Leavenworth, Kansas, he served as the Assistant Secretary of the General staff at Headquarters, US Continental Army Command. Fort Monroe, Virginia. Upon graduating from Command General Staff College in 1964, he returned to Fort Monroe as a logistics staff officer and then was selected to attend the Canadian Army Staff College. Upon graduation in July, 1966, he was assigned to Korea as the Battalion Commander, 7th Supply and Transport Bn., 7th Infantry Division. In 1967, Vuley returned to CONUS and served as a logistics staff officer in the Pentagon for two years.

During the Vietnam War, he commanded the 9th Supply and Transport Battalion, 9th Infantry Division and later activated and commanded the Support Battalion, 3rd Brigade, 9th Division. After serving as Special Assistant to the Deputy Commander for Materiel Acquisition at Headquarters U.S. Army Materiel Commend until he graduated from the Industrial College of the Armed Forces in 1971. General Vuley was assigned as the Deputy Commander and subsequently as Commander of the Lexington-Blue Army Depot from June 1971 to April 1974. He was then selected to command the 9th Infantry Division Support Command, 9th Infantry Division, Fort Lewis, Washington.  After two very successful Commands, he was selected for promotion to Brigade General and assigned as the Deputy Commander, U.S. Army Logistics Center, Fort Lee, Virginia from July 1975 until September, 1977. He was then assigned to Headquarters, U.S. Army Materiel Development and Readiness command as the Director of Materiel Management until his retirement on 1 January 1979. General Vuley was awarded the Distinguished Service Medal for his long and distinguished service to our country, the United States Army and the Quartermaster Corps.