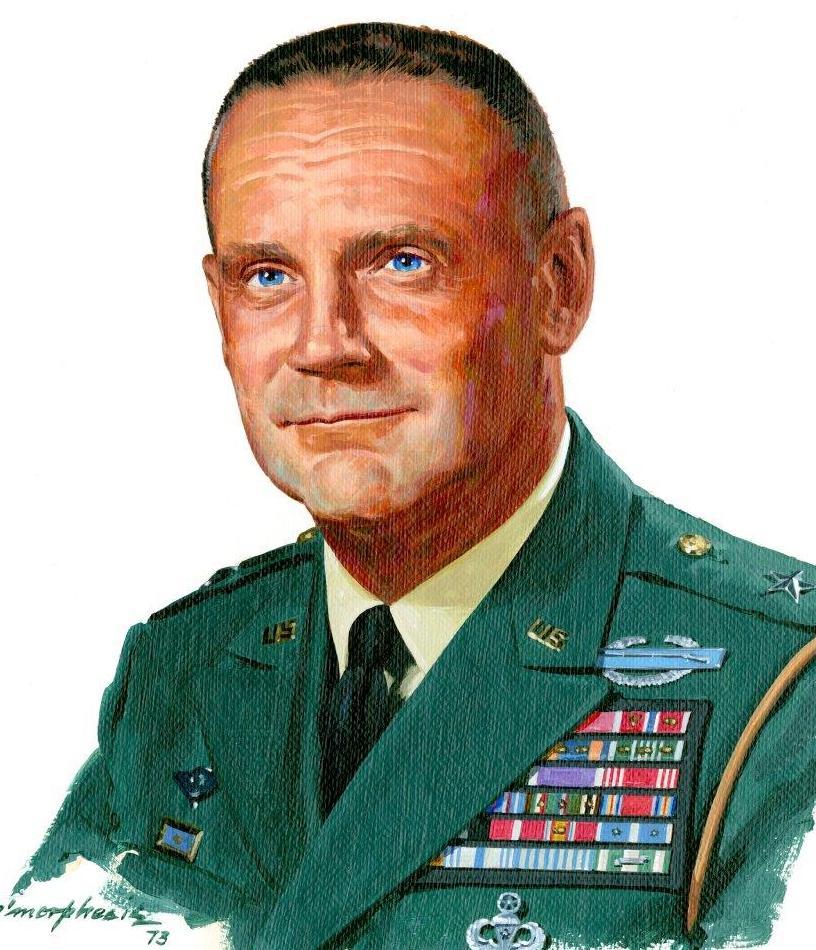 Brigadier General Paul E. Smith began his military career at the age of 17, enlisting in the US Army during World War II. He advanced to the grade of First Sergeant and participated in the combat parachute assault into Holland and fought at Bastogne with the 101st Airborne Division (Airborne). In 1946, he received a direct commission as a Second Lieutenant.

Upon his return from Europe, Second Lieutenant Smith attended the Quartermaster Supply Orientation Course at Fort Lee, Virginia and then assigned to the US Army Administrative Center, Saint Louis. Missouri. General Smith was assigned to the first Quartermaster Aerial Delivery (Rigger) Company ever activated and served as Platoon Leader, Executive Officer and Company Commander in Korea and Japan from 1950 to 1953. Following his Far East tour, he returned to Fort Lee as the Chief, Aerial Delivery Branch, Airborne Department until 1958. Returning to Germany, General Smith commanded the 24th Quartermaster Company and held a variety of key Quartermaster and G-4 Logistics Staff positions in the 24th Infantry Division.

General Smith attended the Command and General Staff College and was assigned to the Republic of Vietnam in 1965 as the AMC Coordinator with the US Army Concepts Team. Returning to the United States, he attended the University of Omaha and received his Bachelor’s Degree in 1967. General Smith graduated from the US Army War College in 1968 and was assigned as a J-4 Plans Officer at STRIKECOM, Tampa, Florida. In 1969, then Colonel Smith assumed command of the 77th Transcription Group and 12th Support Brigade, 18th Airborne Corps, Fort Bragg, NC. In 1971-72 General Smith commanded the Defense Industrial Supply Center, Philadelphia, Pennsylvania.

In Aug 1972 he became Deputy Commanding General, US Army Quartermaster Center and Fort Lee, Virginia. From Aug 1973 to Jul 1974, he was assigned to the CSA Holding Detachment, with duty as Chairman, Single-Track Channel Communications Study Group, Washington, DC.