Back to List
BG Richard N. Batchelder
Class of 1990 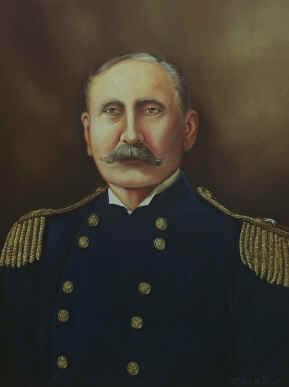 Medal of Honor recipient Richard Napoleon Batchelder was born in New Hampshire on July 7, 1832.  At the beginning of the Civil War he was appointed as 1st Lieutenant and Regimental Quartermaster for the 1st New Hampshire Infantry on May 2, 1861.  He then was appointed Quartermaster of the 7th Brigade, Army of the Shenandoah, (July 1861 – August 1861); Captain and Assistant Quartermaster of Volunteers, August 1861; Chief Quartermaster Corps of Observation, Poolesville, Maryland (August 1861- March 1862) and was present during the battle of Ball’s Bluff.  He then became Chief Quartermaster 2d Division, 2d Corps, Army of the Potomac (March 1862-January 1863) where he participated in the battles of Fair Oaks, Antietam, Fredericksburg and Chancellorsville.

He was promoted to Lieutenant Colonel and Chief Quartermaster 2d Corps, Army of the Potomac (January 1863-June 1864) and participated in the battles of Gettysburg, the Wilderness, Spottsylvania and Cold Harbor.  While serving in this position he distinguished himself during actions against Confederate raiders between Catlett and Fairfax, Virginia, October 13-15, 1863. He moved his supply wagon trains by continuous day-and-night marches without the customary escorts. He armed his teamsters and fought off repeated attacks from Mosby’s Rangers, bringing them through without loss of a single wagon.  In 1895 he was awarded the Medal of Honor for these actions.

Promotions:  He received brevet ranks of Lieutenant Colonel to Brigadier General in the Volunteers and Colonel of the Regular Army for faithful and meritorious services during the War.

He was appointed as Brigadier General and Quartermaster General on June 26, 1890 serving until July 27, 1896 when he retired.  The Quartermaster Branch Insignia was designed at the direction of General Batchelder.