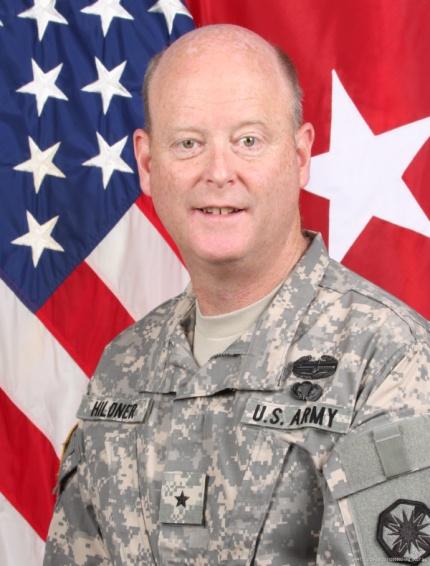 A 1984 graduate of the University of Notre Dame, Brigadier General Hildner began his career as an Armor officer with the 3rd Armored Cavalry Regiment at Fort Bliss, Texas. He was reassigned in 1988 to the 2nd Armored Cavalry Regiment in the Federal Republic of Germany. He served as the regimental training officer and subsequently commanded a ground cavalry troop. During his company command, , Brigadier General Hildner’s troop deployed with the regiment as part of the U.S. VII Corps’ attack into Kuwait and Iraq during Operation Desert Storm, as well as conducting the last U.S. patrol along the East-West German border before its reunification.

Following his transition to the Quartermaster Corps and attendance at the U.S. Army Command and General Staff College in 1997, Brigadier General Hildner served in a variety of staff positions to include battalion executive officer of the 296th Forward Support Battalion, Supply and Services chief for I Corps Logistics at Fort Lewis, Wash., and logistician for Joint Task Force 6, a Department of Defense’s counterdrug task force.