Back to List
BG Edward M. Harrington
Class of 2015 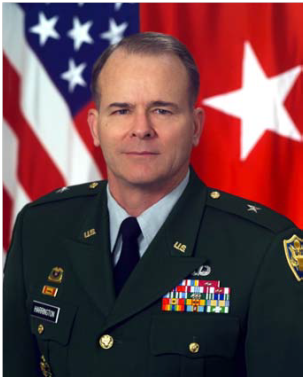 As only the third director in the history of the Defense Contract Management Agency, General Harrington was the driving force in developing the Combat Support Agency policies, processes, tools, and training for wartime Department of Defense contracting organization, General Harrington executed, as directed by the Under Secretary of Defense for Acquisition, Technology and Logistics all contracting, both procuring and administration supporting the Office of Reconstruction and Humanitarian Assistance during the first six months of Operation Iraqi Freedom. Further, in support of combat operations, he established more than 350 authorized positions and a cadre of military and civilian personnel for deployed operational combat support operations that expanded from under 10,000 to over 125,000 personnel in every sector of the combat zone.

In December 2008 after five years in the private sector, General Harrington returned to the Army as its Deputy Assistant Secretary for Procurement, a Senior Executive Service position, to lead the reconstitution of the Army contracting mission and workforce after 10 plus years of continual downsizing. He justified and gained Congressional and Service approval for training, education of an additional 1,100 positions to restore the workforce both professionally and with adequate numbers. His in-depth understanding of contracting and its impact on combat operations in the modern environment allowed him to establish Contracting Officer’s Representative training and policy, thus correcting a major deficiency surfaced during wartime investigations into contracting fraud, waste, and abuse. He authored, staffed, and gained Army G-3 approval of an Execution Order requiring all Army unit Commanders to plan for, designate and train a Contracting Officer Representative.