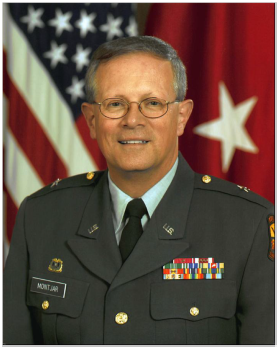 As the Deputy Commanding General of the United States Army Cadet Command, General Montjar directed the staff with the asset realignment for Cadet Command and recommended changes to the Commanding General which resulted in a significant reduction in the budget and increased manpower utilization. General Montjar also utilized his Lean Six Sigma expertise to champion several waste elimination projects.

As Commander of the 6th Materiel Management Center, General Montjar was responsible for the execution of a battle focused force projection training program to support a wartime mobilization and deployment to the Republic of Korea in support of the 8th Army’s 6th Support Center. Under General Montjar’s leadership, his Soldiers brilliantly performed to standard while meeting and exceeding all exercise requirements.