Back to List
COL David C. Clagett
Class of 2020 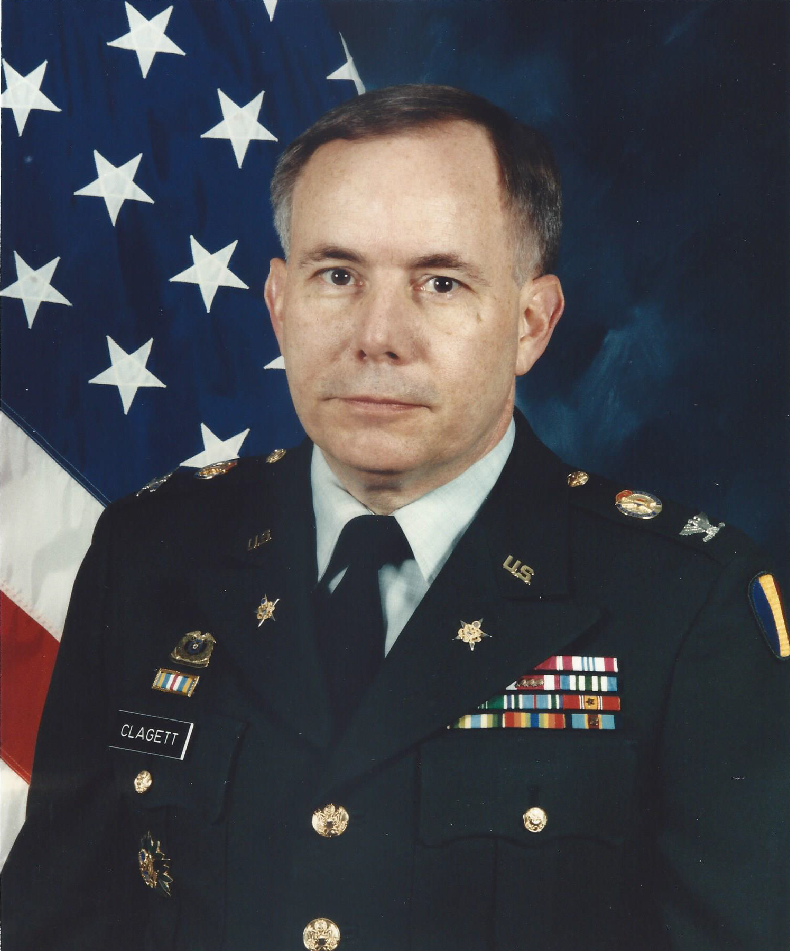 Colonel Clagett joined the United States Army through the Reserve Officer Training Corps and was Commissioned Regular Army on 28 November 1970 and served through November 2001 and Retired on December 1, 2001 after 31 years of Service to his Nation. He graduated from the Army War College and he also received a Master of Science in Systems Management, University of Southern California. His Significant Awards and Honors are the Legion of Merit, Defense Meritorious Service Medal, Meritorious Service Medal, Joint Service Commendation Medal, Army Commendation Medal, Joint Meritorious Unit Award and numerous others. He is qualified as an Acquisition Professional with the following Certifications: US Army Certified Acquisition Professional Level – III, Contracting, US Army Certified Acquisition Professional Level – III, Program Management and holds an Unlimited Contracting Officer’s Warrant.

Colonel Clagett has held numerous positions that have made strategic impacts to our Army and the Nation as Director for Acquisition and Principal Assistant Responsible for Contracting (PARC), he served as the top contracting executive for the Army’s Training and Doctrine Command (TRADOC) and Principal Assistant responsible for Contracting to the TRADOC Commanding General; Commander, United States Army Contracting Command – Europe and PARC to the Commander-in-Chief, he commanded an organization comprised of 10 Western European contracting offices supporting U.S

Army Europe and 7th Army. Director of Procurement and Production, US Army Armament Research, Development & Engineering Center. As Director, Colonel Clagett managed the contracting Directorate responsible for procurement, contract management and production surveillance of over one billion dollars’ worth of research and development contracts for armament, munitions and weapon systems.

In command of DCMA – Clearwater, Colonel Clagett supervised the Defense contract management activities of contracting professionals responsible for Department of Defense and NASA contracts with Defense firms throughout the Western half of Florida;

Procurement Officer, Office of the Assistant Secretary of the Army. While assigned to the Army Staff, Colonel Clagett was instrumental providing key and essential support to the Army’s first Competition Advocate General in drafting and implementing Army procurement competition policies and procedures. COL Clagett planned and coordinated nationwide media coverage of Army efforts to increase contract competition. These efforts were instrumental in greatly enhancing the Army’s image as an effective steward of tax dollars.