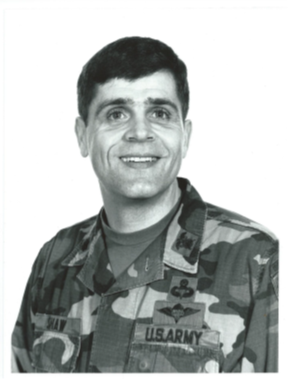 Colonel Shaw was commissioned a Second Lieutenant from the ROTC program at Eastern Kentucky University.  He completed combat tours in Vietnam and Panama (Operation Just Cause).

Colonel Shaw served as a Logistics Advisor assigned to Advisory Team 36, US Military Assistance Command-Vietnam, Republic of Vietnam. He also served as a Supply, Maintenance and Direct Support Logistics Advisor to an Army of the Republic of Vietnam.  He traveled extensively throughout the 2nd Corps area of operations which earned him an Air Medal for duties performed while flying under combat conditions.

Colonel Shaw assumed command of the 528th Special Operations Support Battalion (Airborne), 1st Special Operations Command, Fort Bragg.  Colonel Shaw was responsible for providing logistical support to SOF units operating in every Geographical Combatant Command.  Unlike conventional support battalion, Colonel Shaw’s unit had unique training, language, status of forces and qualification requirements making his span of control and span of complexity far greater than any of his contemporary battalion commanders. Colonel Shaw deployed his battalion into the SOUTHCOM Area of Responsibility in support of combat operations during Operation Just Cause.