Back to List
COL Ervan E. Zouzalik
Class of 2015 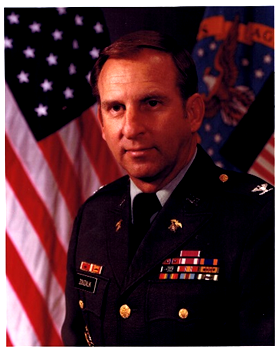 Colonel Zouzalik graduated from Texas A&M University’s ROTC Program as a Distinguished Military Graduate in September 1960.  Throughout his more than 24 year career, Colonel Zouzalik commanded Soldiers at every level, to include his final assignment on active duty in which he commanded the Defense Property Disposal Service, a 2-star billet. In his first year at the Defense Property Disposal Service, the command sold millions of dollars of excess military equipment and was able to reutilize and redistribute over $6 billion of equipment and supplies – a record setting year.  The diverse command of 4,500 employees, mostly civilians, were located on 227 installations in 20 countries.  Following his service on the Army Staff and as a student year at the Army War College, Colonel Zouzalik was selected for brigade command and chosen to command the Division Support Command of the 2nd Infantry Division.  His 3,000 plus Soldiers were dispersed across 17 installations from the DMZ to Seoul.  Equipment modernization, maintaining division readiness and timely resupply were the daily challenges as were the all too frequent North Korean incursions into and beyond the demilitarized zone.

Following his Brigade command, Colonel Zouzalik was assigned as the G-4, III Corps, where he was responsible for the logistics readiness of all active and reserve component units assigned to the Army’s largest Corps.  He had been in that assignment less than 6 months when he was selected for another command billet by Vice Admiral Eugene Grinstead Director, Defense Logistics Agency, to command the Defense Property Disposal Service, which at the time was a general/flag officer joint billet.

Colonel Zouzalik served as Chief NATO Logistics Support Team in the Office of the Deputy Chief of Staff for Logistics during a critical time in the Army following the Vietnam war.  NATO and the defense of Central Europe had been neglected for nearly 15 years as most of the effort and funds were focused on Southeast Asia.  Colonel Zouzalik and his team were at the point of the spear in rebuilding United States Army Europe, along with our allied forces and the reinforcing CONUS units which would deploy in the defense of Central Europe.  The team’s focus was developing materiel requirements, funding profiles, and deployment capabilities which led to the Army of the Eighties.