Back to List
COL Foster F. Fountain
Class of 2014 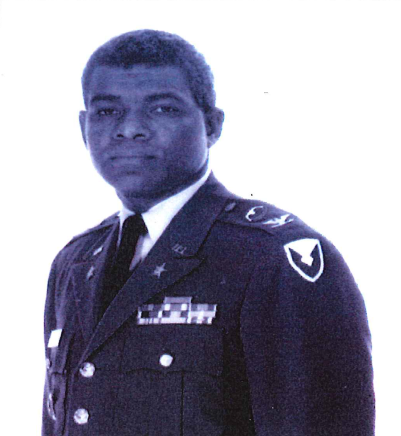 Colonel Foster F. Fountain, Jr., a native of Richmond, Virginia served as an enlisted Soldier before being commissioned from Officer Candidate School in 1950 as a 2nd Lieutenant, QM Branch.  Except for his 2-year combat arms detail, he completed the balance of his 27 year military service, as a Quartermaster Officer.  As a company grade officer in Korea and Japan, he provided critical petroleum product and laboratory support to American and allied forces in war-torn Korea.  Later at the Quartermaster School, he excelled in key command and staff positions in the regiment.  On the Quartermaster School Faculty, he pioneered in the development and use of TV in classroom instruction.

During Colonel Fountain’s post-war Korean and Vietnam wartime service, he was a key petroleum logistics planner, operator and trainer in support of U.S. and allied forces.  He commanded the QM Petroleum Depot at Inchon, Korea.  In Vietnam, on the 1st Logistical Command Staff, he planned and coordinated petroleum support from Danang in the north, to Can Tho in the south.  Colonel Fountain capped his petroleum management career by commanding the 97th Quartermaster Petroleum Battalion in Europe.  There he provided outstanding support to USAREUR units from 4 dispersed locations.

Colonel Fountain is authorized to wear numerous U.S. and foreign awards and commendations including: Legion of Merit, Bronze Star, and the Army Commendation Medal.

He earned a bachelor’s degree in Military Studies from University of Maryland, completed the Army Command and General Staff College.