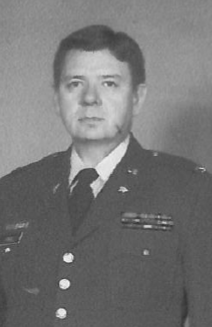 Colonel Israel was commissioned through the ROTC Program at Southwest Missouri State College into the Quartermaster Corps.  As was the policy at the time, he was detailed into Artillery. He served as a Platoon Leader of 280mm Atomic Cannon Platoon in Germany.  Upon completion of his branch detail, he was assigned to the 35th Quartermaster Battalion and began his long career as a Quartermaster officer.

Colonel Israel was known throughout his career as an officer of integrity and kindness.  He truly portrays the professional and personal image of a Quartermaster officer.