Back to List
COL Gregory D. Gibbons
Class of 2017 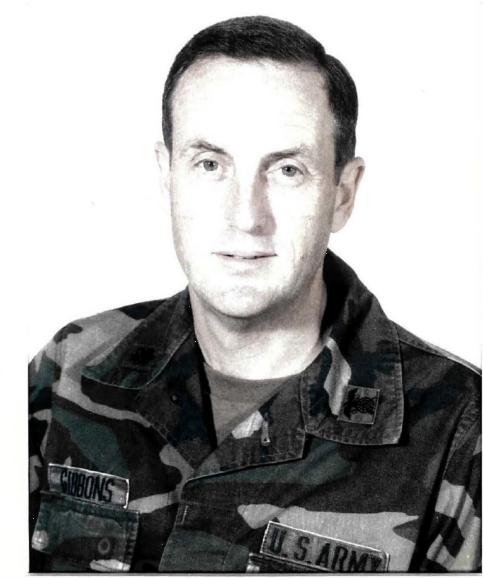 Colonel Gibbons received his U.S. Army officer’s commission into the Quartermaster Corps in 1970 through the Reserve Officer Training Corps program at Pratt Institute, New York. In 1984, then Lieutenant Colonel Gibbons served as a Resource Manager for the National Guard Bureau where he was responsible for the Bureau’s Fuels and Energy Management Program. In 1988, he served as the Commander for Defense Fuel Region, Middle East where he administered $320 million in fuel contracts throughout the Mid-East and dealt directly with major oil companies. In 1991, Colonel Gibbons served as the Director, Petroleum and Water Department, U.S. Army Quartermaster School, where he supervised 130 instructors/writers and taught wholesale and retail petroleum and water functions to operators and mid-level managers for three years. He later served as the Bulk Petroleum and Water Officer for the Joint Task Force, Restore Hope and established a petroleum and water support infrastructure that provided receipt, storage, quality surveillance and distribution of petroleum and water daily in East Africa.

In 1993, Colonel Gibbons became the Commander of the 49th Quartermaster Group, responsible for fuel and water support and training for seven tactical subordinate companies. In 1995, Colonel Gibbons became the Chief for the Army Energy Office. In this position, he exercised Army level staff responsibilities for petroleum and water supply and distribution and the energy conservation program. He established and implemented policies concerning worldwide petroleum and water logistical support. He supervised the implementation of programs and policies to comply with the Presidential directed energy reduction policy. Colonel Gibbons instituted long term programs to modernize petroleum and water storage and distribution equipment. He pioneered a modular petroleum supply design that would allow greater flexibility in operations and articulated this proposal to higher level management. Colonel Gibbons retired from active duty in October 1997 after serving 27 distinguished and honorable years of service to the Army and our nation.