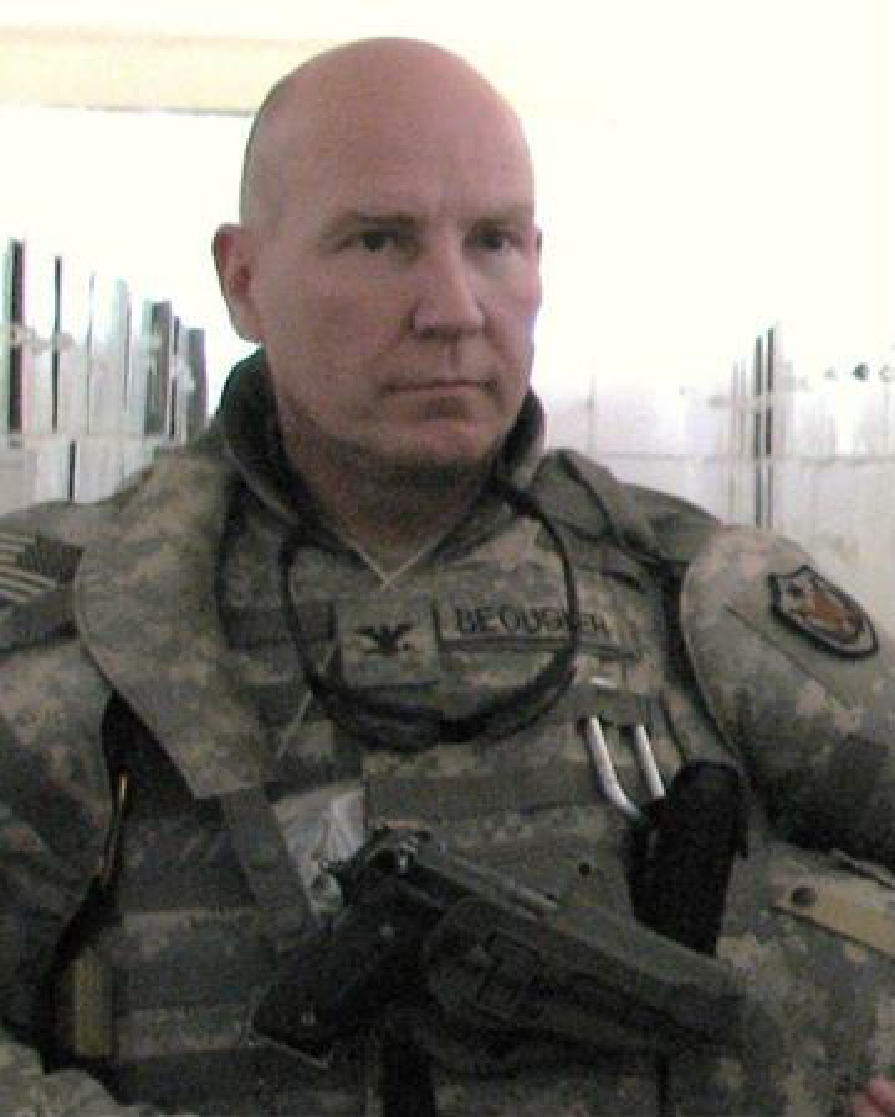 Colonel Beougher entered the Army in June 1980, following his commissioning as a Quartermaster Second Lieutenant from the ROTC program at Emporia State University, Emporia, Kansas.  Over the course of his 30 year career in the Active Army, Colonel Beougher served in four Army Divisions, including 1st Cavalry Division, 1st Armored Division, 4th Infantry Division, and 8th Infantry Division.  He commanded Soldiers at every level from platoon through brigade.  His most notable tours of duty included Commander, 501st Forward Support Battalion, 1st Armored Division in Germany and Kosovo from 1998-99; Commander, Division Support Command, 1st Armored Division in Germany from 2004-05; and Director for Logistics Operations, Multinational Forces-Iraq,  Baghdad, Iraq from 2005-07.

Colonel Beougher retired in June 2010 but continued to serve the Nation as both a Department of the Army Civilian and Department of Defense Civilian.  Colonel Beougher served as the Chief, Concepts and Opportunities Division, Defense Logistics Agency, Washington DC.  In 2011, he deployed to Kabul, Afghanistan where he served as the Civilian Deputy to the Deputy Commanding General for Support.  Colonel Beougher entered the ranks of the Senior Executive Service in 2012 where he served as the Assistant Deputy Chief of Staff for Logistics, United States Army Forces Command, Fort Bragg, North Carolina. In 2013, Colonel Beougher returned to the Defense Logisitics Agency in Washington DC to serve as the Chief of Operational Logistics, J3, DLA Headquarters.

Through nearly 40 years of combined service both in and out of uniform, Colonel Beougher has contributed immeasurably to the readiness of America’s Army and Global Combatant Commands. By applying his unparalleled expertise as a leader, trainer and logistician, this Quartermaster Warrior has helped to prepare our Joint Warfighting Forces for success in the future conflicts of the 21st Century.