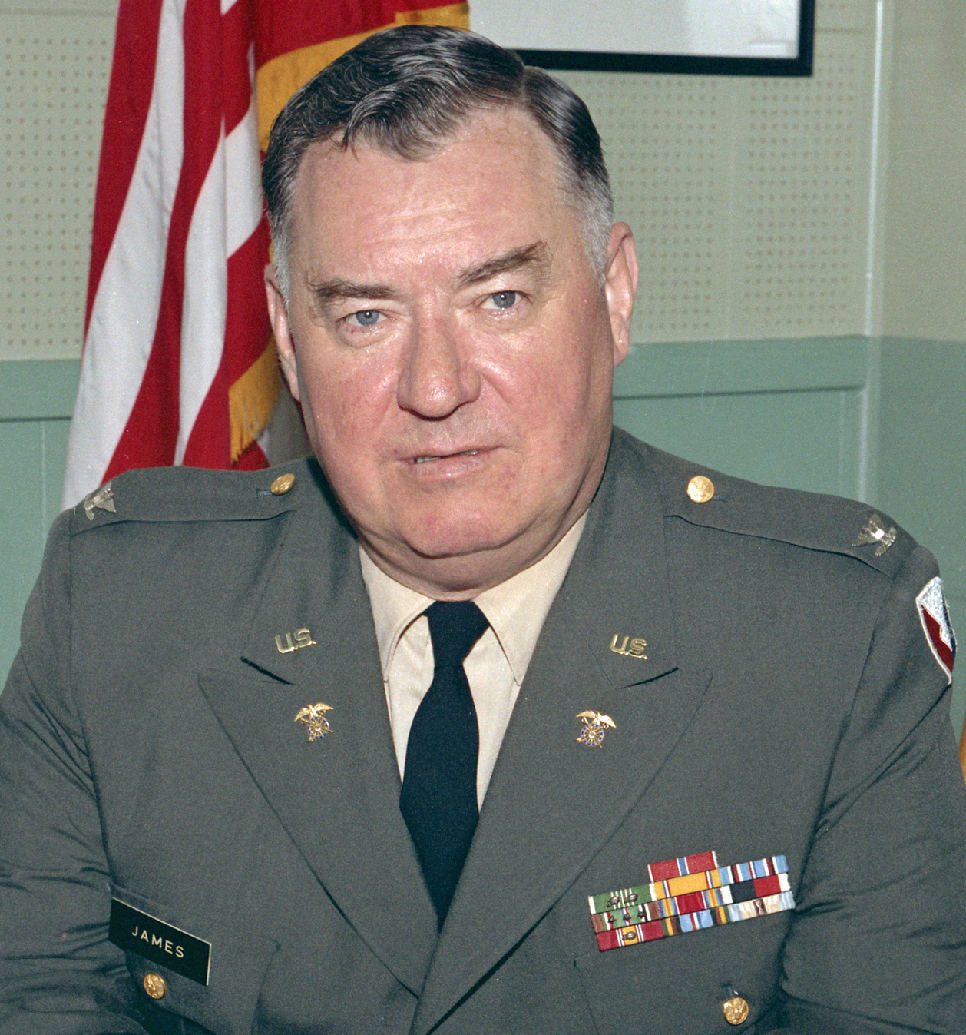 Colonel Howard James enlisted in the Kansas National Guard in 1935.  He advanced through the ranks attaining the rank of Staff Sergeant before entering active duty in 1940 after his Regiment was activated for World War II.  He attended Officers Candidate School and received his commission in 1942 as a Field Artillery officer.  During World War II, he commanded B Battery, 291st Field Artillery Observation Battalion in the European Theater of Operations.  He received a Regular Army Commission in the Quartermaster Corps in February 1947.

During his military career, Colonel James held a wide variety of important command and staff positions as a Quartermaster Corps officer. These included: Head of the Leather Research Laboratory Group of the Textile, Clothing and Footwear Section of the Research and Development Laboratories of the Philadelphia Quartermaster Depot; assignments in the Quartermaster Sections of both Eighth U.S. Army Korea and Seventh U.S. Army Germany; Deputy Commander, Sharpe Army Depot; Commander, Camp Carroll Army Depot; and Deputy Commander and Commander U.S. Army Natick Laboratories.  Particularly noteworthy in Colonel James’ distinguished military career: he was one of the first officers in the Quartermaster Corps involved in the field of radiological defense; in addition, he was responsible for starting the Army’s Radiation Preservation of Food Program.

Colonel James was appointed a Distinguished Member of the Quartermaster Regiment on June 18, 1998 and was inducted into the U.S. Army Soldier Systems Center Hall of Fame on 6 November 1998.