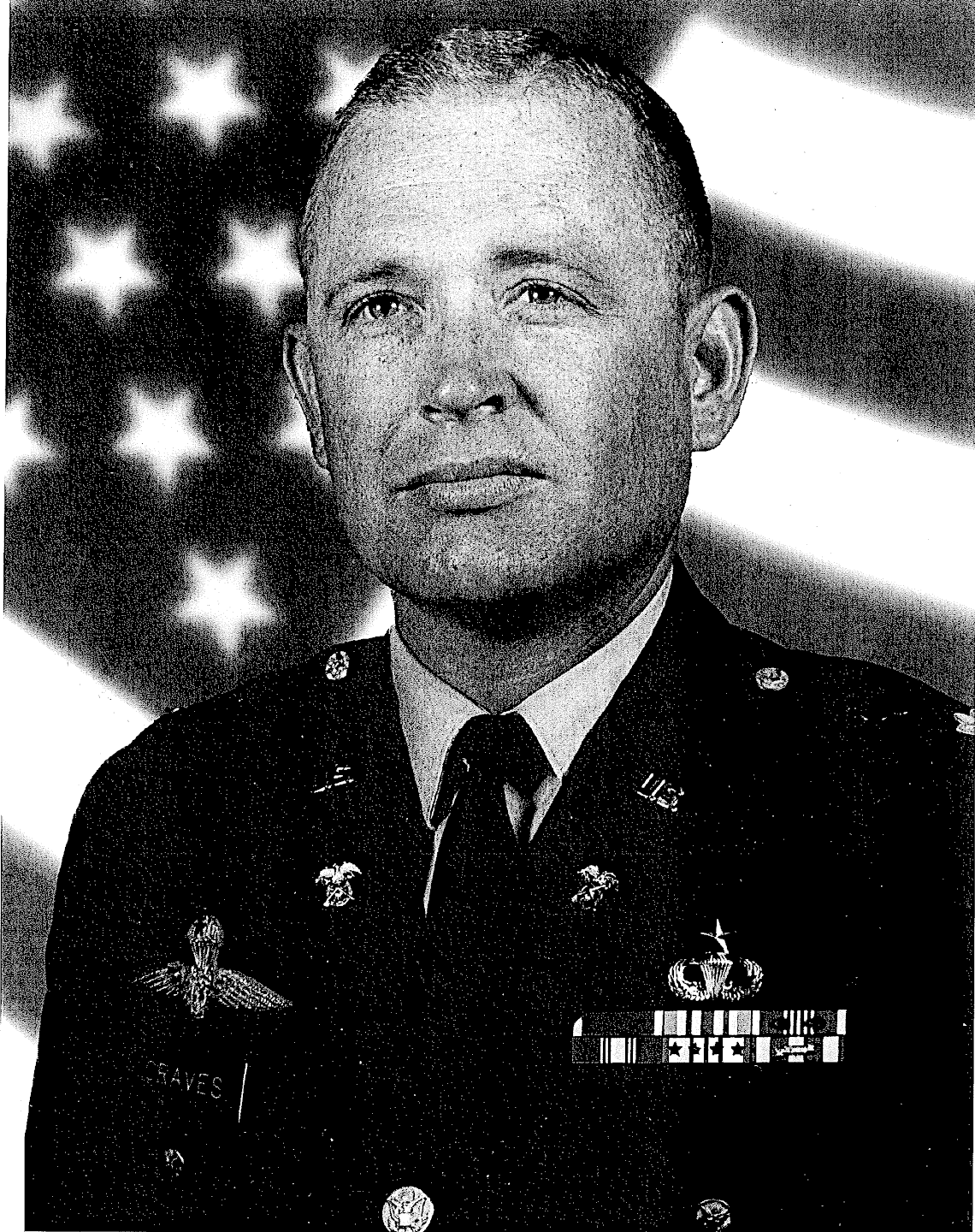 Colonel James R. Graves entered active duty in 1954 at Fort Benning, Georgia as a Second Lieutenant. Throughout an outstanding military career, Colonel Graves distinguished himself as an outstanding Quartermaster Officer in a wide variety of challenging and critical assignment both in the United States and overseas.

Colonel Graves is a Distinguished Member of the Quartermaster Corps.