Back to List
COL Jesse D. Tolleson
Class of 2019 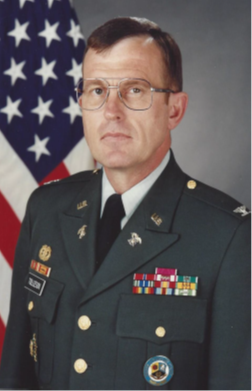 After the Quartermaster Officer Advance Course in 1974, Colonel Tolleson returned to graduate school at Mississippi State University where he received a Master of Science degree in Food Science and Technology.  While in graduate school, he was instrumental in establishing the Mississippi State University Food Science Club and obtaining club national recognition.  He was elected as the club’s first president.

Colonel Tolleson served as the Division Support Command S-4 for the 2nd Infantry Division at Camp Casey, Korea.  He formulated and implemented a highly effective maintenance management program, established a system for tracking and completing on time reports of survey, and supervised the command’s inspection and assistance program.  As the Executive Office of the S&T Battalion, the maintenance posture was improved from a C-3 to C-1.  Colonel Tolleson was selected for battalion command and assigned to the 2nd Infantry Division, 2nd Division Support Command, 2nd Supply and Transport Battalion.  He was responsible for the health and welfare of 681 soldiers and 122 (Korean Augmentees to the United States Army).  He supported the Division with all classes of supply, provided ground transportation and decontamination of equipment and personnel.  He was responsible for operating the Division’s Central Issue Facility, self-service supply center, retail fuel station, and the laundry exchange facility.