Back to List
COL John E. Donaldson
Class of 2012 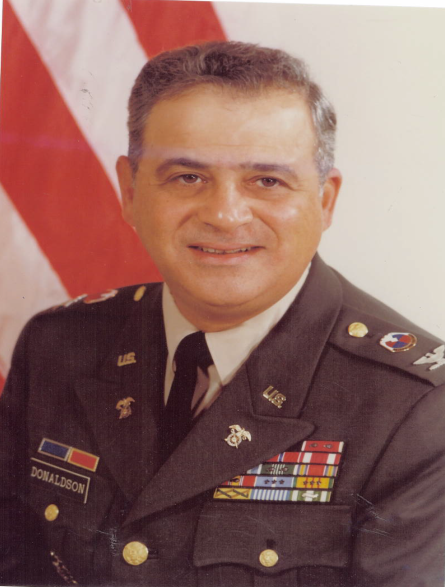 Colonel (Retired) John E. Donaldson entered active duty in 1951 at Fort lee, Virginia, as a Second Lieutenant. Upon graduation from the Quartermaster Officer Basic Course, he received his Regular Army Commission and began a two year branch detail in the Field Artillery. Over the course of his career, Colonel (Retired) John E. Donaldson distinguished himself in a variety of challenging and critical assignments, both in CONUS and OCONUS units as a Quartermaster Officer.