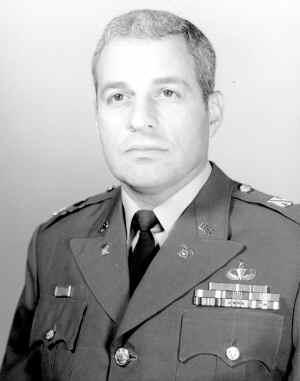 Colonel Volpe was born on September 17, 1930 in Philadelphia, PA. He was commissioned as a second lieutenant upon completion of studies at the United States Military Academy in 1953. His education also includes a master’s degree in petroleum engineering from the University of Pittsburgh and a master’s degree in management from the Navy Post Graduate School. COL Volpe’s significant awards include the Legion of Merit (with Oak Leaf Cluster), Bronze Star Medal, Meritorious Service Medal, Joint Service Commendation Medal, Army Commendation Medal, and Army Achievement Medal.

COL Volpe’s numerous contributions to the Quartermaster Corps earned him the reputation as “the Godfather of POL.” While serving as the Special Assistant for Petroleum to the Assistant Deputy Chief of Staff for Logistics (Supply and Maintenance) from 1969 through 1972, COL Volpe was the sole Department of the Army contact for all petroleum Systems and projects. With his understanding of petroleum and his experience in Vietnam, COL Volpe developed and implemented many programs which improved military’ petroleum logistics worldwide.

COL Volpe’s accomplishments also included critical guidance in the planning of the Trans-Korea Pipeline. He made key design improvements in the original pipeline plans, reviewed and improved system training programs for pipeline operations, and negotiated contracts with U.S. and Korea commercial oil companies to supply fuel to the U.S. Armed Forces through the pipeline. COL Volpe assumed command of the Petroleum Distribution System-Korea in 1972 and provided the key leadership that ensured the success of the operation.