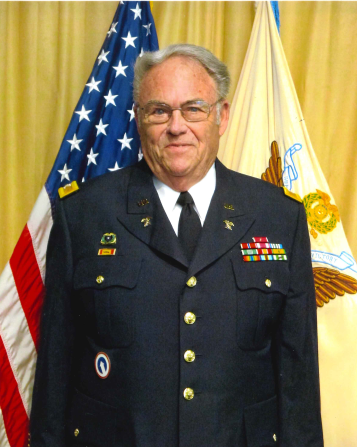 Colonel Rush graduated from Pennsylvania State University with a Regular Army Commission in the Quartermaster Corps. He was detailed into the Infantry and spent two years at Fort Benning as a platoon leader, and company executive officer in the 2nd Battle Group, 38th Infantry.

His staff assignments included Headquarters Army Materiel Command, US Army Vietnam, Deputy Chief of Staff Logistics and the Defense General Supply Center, Richmond, VA. He served overseas in Germany and the Republic of Vietnam.  His awards and decorations include the Legion of Merit with one oak leaf cluster, the Bronze Star, Joint Services Commendation Medal and the Army Commendation Medal.