Back to List
COL Thomas A. Banner
Class of 2014 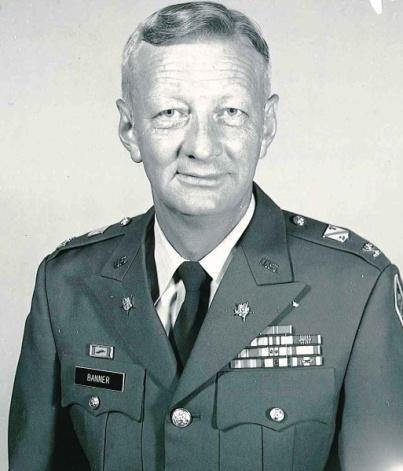 Colonel Thomas A. Banner was a Distinguished Military Graduate from the University of Tennessee. He attended the US Army Quartermaster Basic Course. He was detailed into Armor and attended the Armor School at Fort Knox, Kentucky, followed by an assignment to the 2nd Armor Division, Fort Hood, Texas. After completing his detail, he began his distinguished career as a Quartermaster Logistician. Colonel Banner served as a Commissary Officer, Accountable Property Officer, Eighth Army Food Advisor, Project Officer in the Doctrine Review, Literature and Plans Department of the Quartermaster School.  He was selected to command the 1st Supply and Transport Battalion, 1st Infantry Division, Fort Riley, Kansas.

He retired with 30 years of commissioned service and was immediately recalled to active duty as the Fort Lee Garrison Commander. Colonel Banner reverted to retired status on 1October 1987 with more than 34 years of service. During his career he served in England, Vietnam and two tours in the Republic of Korea.