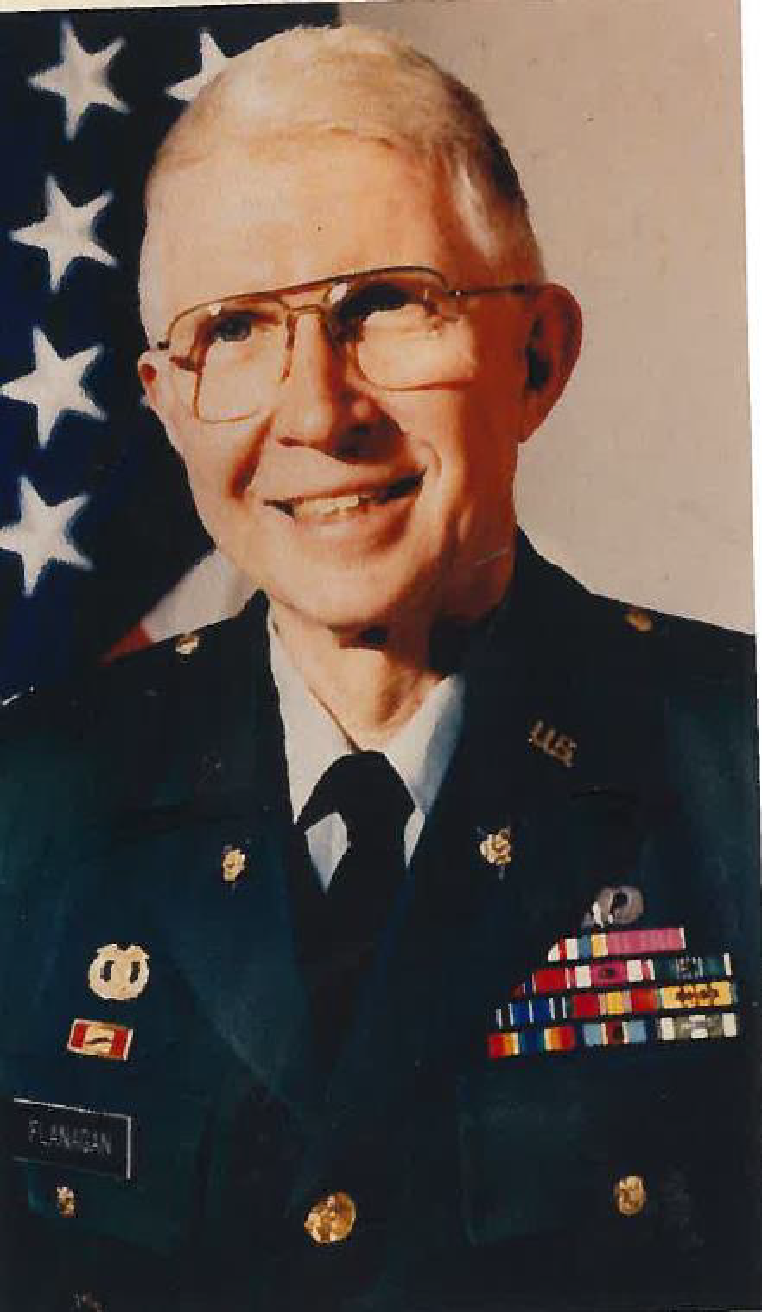 Colonel Flanagan is a native of Saratoga Springs, NY, was commissioned through ROTC at Cornell University in June 1960.  During his 30 years of active service, he likely did more to improve Army food service than any other officer in the history of the Quartermaster Corps.  He was able to affect so much change because of his training at both Cornell and the University of Delaware, his exchange assignment with the British Army Catering Corps, and Training with Industry at Marriott Corporation.

From 1971 until 1973, then-Major Flanagan served as the Executive Secretary of the Subsistence Operations Review Board which resulted in 130 approved recommendations that transformed Army Food Service from “Mess Halls” to “Dining Facilities.”  SORB President, Lieutenant General John D. McLaughlin commended Major Flanagan “for one of the most outstanding performances I have ever had the pleasure to witness.”  Later then-LTC Flanagan served as Chief, Army Food Service Team, at the Troop Support Agency, Ft. Lee, followed by service on the Army Staff as the Army Food Service Staff Officer.  In these positions, he was able to implement SORB recommendations he earlier developed.  He secured the funding for the new Food Service Training Facilities at Fort Lee, as well as resources necessary to upgrade 4,700 Army dining facilities.  During the Viet Nam War, he served in G-4, Headquarters United States Army Vietnam, and at the United States Army Support Facility in Thailand. As a senior officer Colonel Flanagan served with distinction as the first Chief of the Office of the Quartermaster General; Chief of Staff, 2nd Support Command, VII Corps, United States Army Europe; Commander of both Defense Logistics Agency, Europe and the Defense Subsistence Region, Europe; and the first Chief of Staff, Defense Commissary Agency. Colonel Flanagan retired in February 1992.