Back to List
CSM Lawrence M. Tucker
Class of 2014 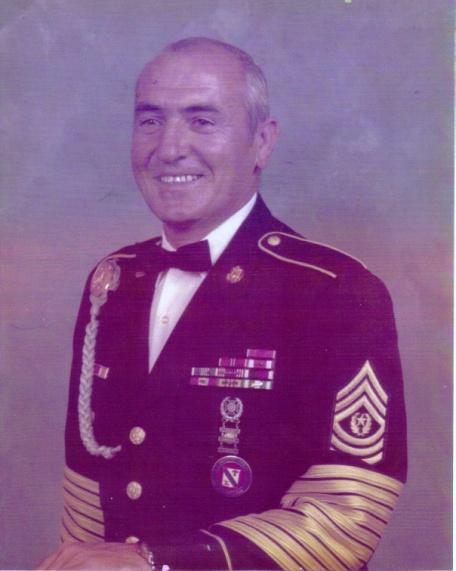 Command Sergeant Major Tucker entered the Army from Illinois in July 1948.  He completed basic training with the 509th Armored Field Artillery Battalion, 3rd Armored Division, Fort Knox, Kentucky, and was immediately assigned to the U.S. Army Occupation Forces in Vaihingen, Germany.  Primary duties during this assignment were as a supply specialist in the S-4 (Supply) Section and as Senior Non-Commissioned Officer of the S-3 (Operations) Section, Headquarters Special Troops, U.S. Constabulary, and in 1953 as the Operations Sergeant, Seventh Army Flight Detachment, Stuttgart Army Airfield (Echterdingen, Germany).

On June 22, 1964 Command Sergeant Major Tucker was promoted to Sergeant Major and assigned as the Seventy Army Senior Career Counselor responsible for developing, implementing, operating and administering the enlisted personnel retention program Army wide.  At this time he was the youngest Sergeant Major in the United States Army, being less than 34 years of age.

In February 1973, he was assigned as the Command Sergeant Major of the United States Theater Army Support Command – Europe, the largest peacetime Logistical organization in the history of the U.S. Army.  Organizational elements of this command were located in 267 cities in 13 European countries and had over 260,000 assigned personnel.  When this tour of duty was completed in September 1974 he returned to Fort Lee, Virginia.  He again assumed the position as Command Sergeant Major of the United States Army Quartermaster Center and Fort Lee and continued in this assignment until his retirement from active duty on July 31, 1978.