Back to List
CSM Milton B. Hazzard
Class of 2003 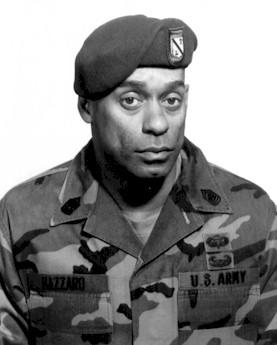 CSM Hazzard enlisted in the United States Army at Philadelphia, Pennsylvania, in 1960. During the ensuing 35 years of active duty service, he served in all Noncommissioned Officer leadership positions: a Squad Leader in basic and advanced individual training in 1960, a Corporal in 1961, a Sergeant in 1965, a Staff Sergeant in 1966, a Sergeant First Class in 1967 (acting First Sergeant), a First Sergeant in 1972, and promoted to Command Sergeant Major in 1977.

CSM Hazzard’s Foreign Service includes tours in Korea, Vietnam, Germany, and several temporary duties in other foreign countries – in addition to major assignments at key installations throughout the United States. His many awards and decorations include the Bronze Star Medal with three oak leaf clusters, the Joint Service Commendation Medal, the Army Commendation Medal with four oak leaf clusters, the Vietnam Cross of Gallantry, and several other individual and unit awards. He also earned the Parachutist and Air Assault Badge.