Back to List
CSM Willie C. Phillips
Class of 2017 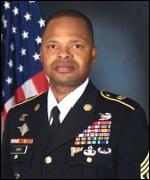 He served as the Command Sergeant Major, 407th Forward Support Battalion where his experience as both a planner and a leader enabled him to eliminate normal delays in the mobilization and deployment cycle. He was extremely effective in training the first sergeants of the subordinate companies to anticipate requirements rather than react to requirements. Later as the Command Sergeant Major of the 46th Corps Support Group (Airborne), he had a major impact on the combat readiness of the organization and the Noncommissioned Officers of both the 46th Corps Support Group and the 1st Corps Support Command at Fort Bragg. The Commander of the 1st Corps Support Command, Brigadier General (General) Ann E. Dunwoody cited him, for his role in improving NCO Development Programs, NCO training, and on his exemplary leadership skills within the command. Recruited by General Dunwoody, he became the Command Sergeant Major of the 1st Corps Support Command, 18th Airborne Corps. He was cited numerous times by senior level commanders for his training directives and enforcement of training standards. Under his leadership the Command developed highly effective family readiness plans, deployment standing operating procedures, and enhanced training capabilities from the top down. His dedication to training and professionalism coupled with his tireless efforts enhanced “Force Protection” throughout the command.