Back to List
CW4 Stephen N. Chobanian
Class of 1993 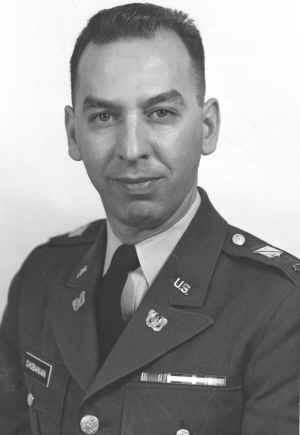 CW4 Chobanian enlisted in the U.S. Army in 1953 and was commissioned as a warrant officer in 1961. He earned a reputation as one of the premiere trainers of Quartermasters worldwide during his more than 20 years of active duty service. He continued his role as a principal educator and leader to the Quartermaster Corps with his numerous accomplishments as a civil servant.

Chobanian was a major contributor to the development and adoption of significant improvements to the Army supply system, promoting efficiency, enhancing troop support and standardizing supply accountability. He has been recognized as a Total Army supply management educator, training thousands of supply technicians and managers throughout the U.S. Army and the international military community. His excellence has earned him an unprecedented four awards of “Quartermaster School Distinguished Instructor.”

With education and professional development holding the key to future logistics, he is considered a mentor for a whole generation of Quartermaster soldiers. In recognition of his decades of service and devotion to the Corps, he was appointed the first Honorary Warrant Officer of the Quartermaster Corps.