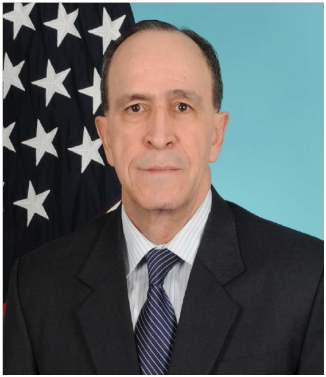 CW5 Antonio Ocasio enlisted in the United States Army in January 1977 and retired from active duty on 1 March 2007 culminating a distinguished 30 year career. CW5 Ocasio began his Warrant Officer career by serving as the Accountable Officer/Platoon Leader for the 91st Maintenance Company, 6/43rd Air Defense Artillery Brigade in Ansbach Germany. While there, he successfully created a Patriot Missile Supply Support Activity. Within a year, he was operating one of the top SSAs in the 32nd Air Defense Command while leading his platoon through two NATO Tactical Evaluations.

As the senior Supply Systems Technician assigned to the 507th Corps Support Group, CW5 Ocasio aggressively set out to access the functional and distribution problems of the command. He identified a high dollar procedural gap in the local purchase process which was costing the command more than $100,000 annually in late charges. Next, he set out to overhaul the Knox Street Supply and Transportation Complex. His input significantly contributed to the successful physical and functional restructuring of the complex to improve productivity. His improvements led to the successful support of Operation Uphold Democracy where a 24-hour operation was established to process, stage and distribute deliveries into the Theater of Operations via Pope Air Force Base and the ports of Charleston and Jacksonville.

While assigned to the United States Army Combined Arms Support Command, CW5 Ocasio engaged in multiple challenges, among them, he led the design and development of the Global Combat Support System-Army project by analyzing and reengineering the current materiel management structure in compliance with the envisioned Modular Army design. CW5 Ocasio reengineered a suite of key processes while also participating in the prototype fielding at the National Training Center. CW5 Ocasio was hand selected to deploy as a member of the Automated Logistics Assistance Team in support of Operation Enduring Freedom/Operation Iraqi Freedom. He spearheaded the establishment of a 20,000-line Theater SSA while performing the quality controls necessary to ensure the accurate flow of stocks from Army Prepositioned Stocks to the newly established SSA.