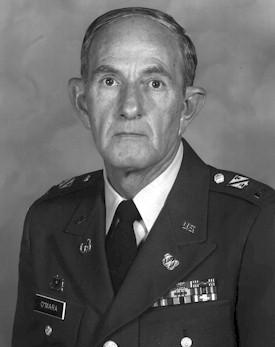 CW5 O’Mara was born in Holley, New York and entered service as an enlisted soldier in December 1967. He was appointed as a Warrant Officer in 1975 at Fort Campbell, Kentucky. Since his appointment, CW5 O’Mara has distinguished himself in a variety of challenging and critical Quartermaster assignments both in the United States and at key places around the world.

For nearly 33 years, CW5 O’Mara served with distinction, honor and excellence at every assignment – while truly epitomizing the best in what the Army calls its “Quiet Professionals.”