Back to List
CW5 Jose R. Rodriquez-Fabiani
Class of 2017 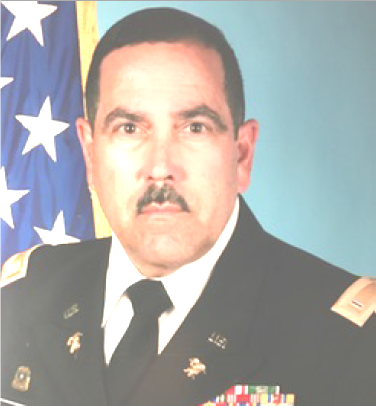 CW5 Rodriquez-Fabiani entered commission service with the Army in August 1989 and served the Quartermaster Corps and our nation for over 41 years. He was instrumental in advancements that transformed Army doctrine, policy, procedures, and force structure by improving Army training, enhanced sustainment reduced personnel, equipment, and operating costs. As Senior Property Book Manager/Command Chief Warrant at the 3rd Medical Command (Deployment Support), he reorganized the property management program to support over $300 million assets and serving 8,000 Soldiers in five brigades across the nation and Puerto Rico. While serving as the Senior Property Book Manager/ Command Chief Warrant for the 1st Mission Support Command, CW5 Rodriquez-Fabiani refined the command property book requirements contributing to the readiness of the war-fighting units. His leadership and attention to detail resulted in six units recognized for the Department of the Army Supply Excellence Award and he was also awarded the Combined Logistics Excellence Award. He managed the Supply Excellence Award Program resulting in five units winning at the Department of Army level during his tenure. As Command Chief Warrant, he represented and advised the 1st Mission Support Command, Commanding General, U.S. Army Reserve Ft Buchanan, Puerto Rico on matters pertaining to training and education, career management, leader development and warrior transition issues for warrant officers within the Army Reserve Command. He was responsible for coordinating policy and statutory changes to support the advancement of initiatives for the Warrant Officer Corps. As the Senior MOS Instructor for the United States Armed Forces School, Chief Warrant Officer Five Rodriquez-Fabiani provided instruction resulting in technical competence for over 1,000 soldiers for the South Carolina National Guard at the 3287th USAR from 1985 to 1995. He is a Distinguished Member of the Quartermaster Regiment and Distinguished Order of Saint Martin.