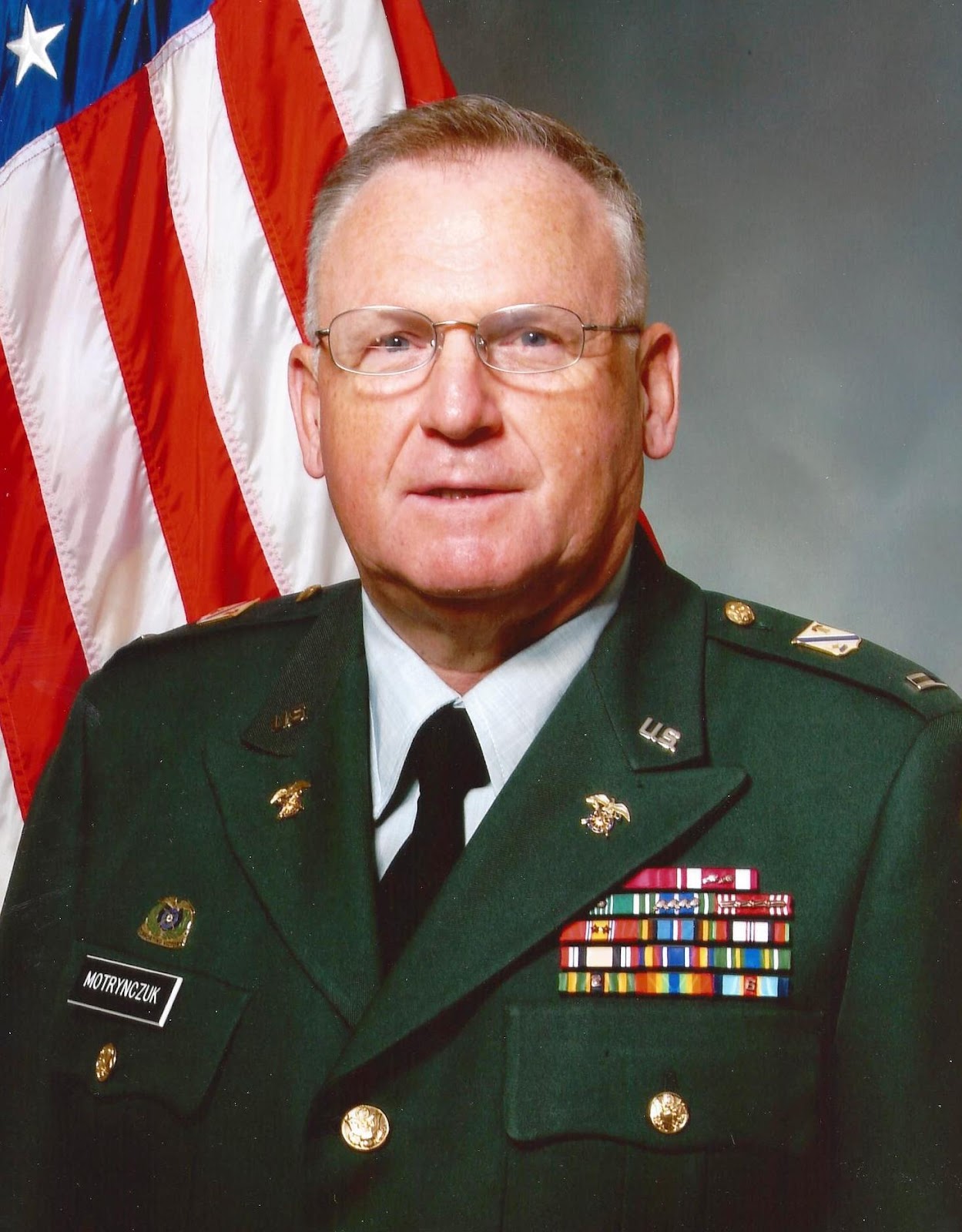 CW5 Motrynczuk retired from active duty on 1 July 2007 culminating a 38 plus year career as the Army Food Advisor, United States Quartermaster Center and School, Fort Lee, Virginia.  In that capacity, he served as the senior technical expert for the Director, Army Center of Excellence, Subsistence; The Quartermaster General and the Army G4 in the development and execution of the Army Food Program.

During the very critical time in our Nation’s history while our forces were deployed to Afghanistan and Iraq in support of the Global War on Terrorism, CW5 Motrynczuk worked tirelessly from onset of the Afghanistan Campaign through Operation Iraqi Freedom ensuring that deployed Forces had the capability to support Class I and Food Service operations as defined by Army Field Feeding Doctrine, the go to war doctrine/policy.