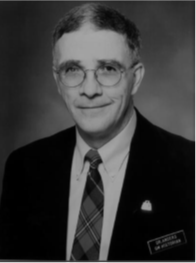 Dr. Anders served as an enlisted Soldier in the U.S. Army which included a year-long tour with the 25th Infantry Division in Vietnam.  He is a Distinguished Member of the Quartermaster Corps and recipient of the Distinguished Order of Saint Martin and has been awarded the General Brehon B. Somervell Medal of Excellence.  He was honored with a Distinguished Instructor Award, and was selected as the United States Army Training and Doctrine Command’s Civilian Instructor of the Year in 2003.

Dr. Anders specialties include U.S. Military History, the American South, and the American Civil War.  In addition to military schools, Dr. Anders has taught/lectured at Indiana University East; the John Tyler Community College, and the University of Richmond.  He researched and wrote many historical articles and monographs and in 2007 co-authored with Mr. Tim O’Gorman, “The Illustrated History of Fort Lee.”