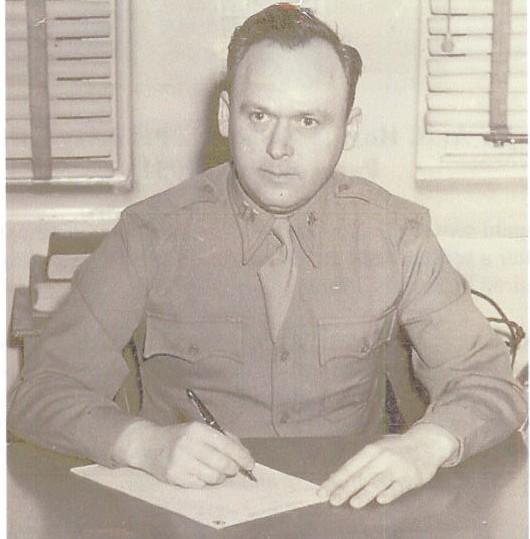 LTC Horn, the son of a circuit-riding minister, was born in Dorton, Pike County Kentucky in March I903. During his childhood, he lived in poverty and was sent to the deep shaft mines at the age of twelve. At sixteen, he was a gandy dancer on the Baltimore and Ohio Railway as it increased its range through the Appalachian Mountains.

He enlisted in the U.S. Army in 1925 and reached the rank of Sergeant by 1928 when he received a direct commission as Second Lieutenant, Quartermaster Corps. While in the Kentucky National Guard, he served in various positions to include Commander of a unit sent to Wolf Pit, Kentucky to quell a riot by coal miners.

He soon transferred to the US. Army Reserve and was called to active duty and sent to the Quartermaster School at Philadelphia.  There he met another officer named George A. Horkan who later became his mentor and the 34th Quartermaster General.  In 1940, Colonel Horn was called to active duty and subsequently served as the commander of the 90th Quartermaster Company (railhead) in support of General George S. Patton, Jr. during the Louisiana Maneuvers. He received a commendation from the 2nd Army Commander for his stewardship of the command. He left active duty in September 1941 but was recalled in late December and was one of the first Soldiers deployed to the South Pacific at the beginning of World War II. During the eighteen months, he was in the Pacific Theater, he served in support of Guadalcanal and in Fiji and Tonga. As the Commander of the 1110th Hospital Trains Detachment, a unit charged with returning wounded soldiers from World War II to the military hospital nearest their home of record.  He reportedly was the only non-medical Officer to ever command a military medical hospital when he was assigned as the Commandant for Madigan General Hospital.  In 1950, he was handpicked to create General Eisenhower’s headquarters in Paris.