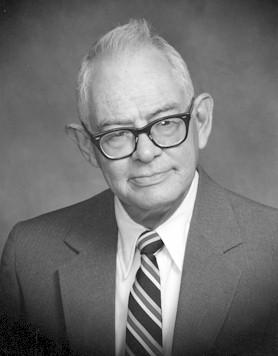 Lieutenant Colonel Wall entered the U.S. Army from Kentucky and went to Camp Bowie, Texas, in 1942 for basic training. Within a month he was appointed assistant platoon sergeant, and three months later was sent to Camp Lee, Virginia, to attend Quartermaster OCS. After being commissioned Second Lieutenant he continued service stateside as a QM Group Transportation Officer and Commander of a Quartermaster Truck Company.

Early in 1944, LTC Wall’s Truck Company deployed to the South Pacific theater, and over the course of several months directly supported combat operations in New Guinea, Dutch East Indies, the Philippines and Okinawa – and was preparing to support the final assault on Japan when the war ended.

After successfully completing the Quartermaster Career Officers Course in 1952, LTC Wall spent the next two years assigned to units serving in the Korean War. For nearly a decade and a half afterwards, until his retirement in March 1969, this veteran of two wars performed sterling service in logistics units around the world – and was a mentor to some of the Corps’ most accomplished, up and coming senior leaders.

In the more than three decades since his retirement from active duty, Lieutenant Colonel Wall has become renowned for his determined and long-standing support of Army Families and Community Service here at Fort Lee. Moreover, his love for the Quartermaster Corps has manifest itself through untiring work on the Quartermaster Foundation for nearly four decades – which in turn has done so much to preserve the Corps’ precious legacy and to make the Quartermaster Museum one of the finest institutions of its kind in the country.