Back to List
LTG Eivind H. Johansen
Class of 1992 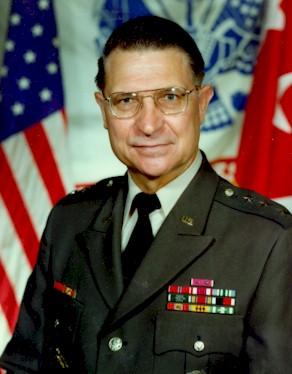 General Johansen, a native South Carolinian, served two years as an enlisted soldier (1945-47) before returning to civilian life to complete college.  After graduating from Texas A & M in 1950, he won a Regular Army commission as a Second Lieutenant in the Quartermaster Corps.

His 30 year service included multiple tours abroad in Korea, Japan, Germany and Vietnam.  He also held several key command and staff positions stateside, culminating in his appointment as DA Deputy Chief of Staff for Logistics–the Army’s top logistician–and was notably the youngest general officer to ever hold that position.

In the 1960s, General Johansen played a significant part in the Army reorganization and establishment of the Defense Supply Agency, and was instrumental in drafting the first Department of Defense concepts for integrated supply management.  Later as a Joint Staff Officer, he developed a new line of communications to support U.S. forces in NATO.  And as the Vietnam War drew to a close, General Johansen became the Army’s logistics expert on redeployment of troops from Southeast Asia.

Before retiring in 1979, he developed a new worldwide distribution system for the Army, instituted procedures for effective supply accountability worldwide, and set up Air Lines of Communication for both Europe and Korea.   He also headed the Board that ultimately recommended adoption of the Blackhawk and Apache helicopters as the Army’s principal aircraft weapons systems for the remainder of the century.