Back to List
LTG John A. Kjellstrom
Class of 1996 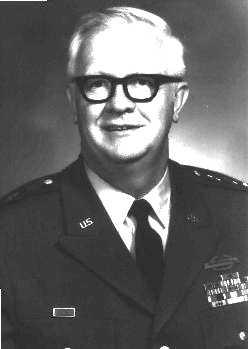 General Kjellstrom graduated from the University of Maryland with a Bachelor of Science degree in Military Science and later earned a Master of Science degree in International Affairs from George Washington University. His military education includes the Army War College, Command and Staff Course at the Navy War College, Comptroller Course of the Air University, and the Quartermaster Officer Advanced Course.

His last assignment before retirement in 1977 was as Comptroller of the Army. Before that, he had served as Assistant Director, then Director of the Army Budget, and Executive Officer for the Comptroller of the Army. He was notably the first Quartermaster officer to have served in any of these key positions. He spent a total of 22 of his 34 years of active duty service in the financial management field. At the beginning of his career, General Kjellstrom served as a Platoon Leader with the 76th Infantry Division in World War II and as company level staff officer with the Logistical Command in Japan during the Korean conflict, before transferring permanently to the Quartermaster Corps in 1952. He was a member of the Logistics Team assigned to Project 80 during the major Army Reorganization of 1960-61, and was 1st Division Quartermaster (later commander of the 1st Supply and Transportation Battalion) at Fort Riley, Kansas. He also commanded the 14th Inventory Control Center in Saigon (later moved to Long Bien) during the Vietnam War.