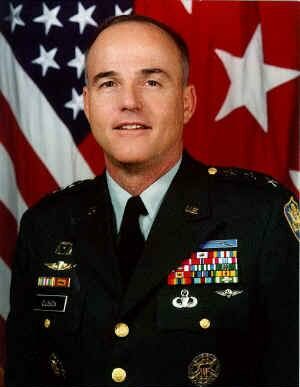 General Cusick served in a wide variety of important assignments. In September 1967, he was assigned as an assistant G-4 of the 101st Airborne Division, Fort Campbell, Kentucky, and was deployed with the Division to the Republic of Vietnam that December. He commanded the 623rd Quartermaster Company (AER&D) in the Republic of Vietnam from June to November 1968. In 1969, he was assigned to the ROTC detachment at the University of Nebraska at Lincoln where he taught American Military History and Logistics. During the period 1972-74, General Cusick served as a logistics advisor to the Ethiopian Army in Addis Ababa, Ethiopia.

On his return to the United States he assumed the duties of executive officer for the 407th Supply and Service Battalion, 82nd Airborne Division and then served as the Division Parachute Officer from 1974 to 1976. He was then assigned to the Troop Support and Aviation Materiel Readiness Command in St. Louis, Missouri as the Readiness Project Officer for Air Delivery Equipment from November 1976 through August 1978.

In 1979 he was assigned to the Defense Contract Administration Services Management Area in Towson, Maryland. His next assignment was as a logistics management staff officer of the Rapid Deployment Joint Task Force at MacDill Air Force Base, Florida to which he was assigned upon the unit’s activation in February 1980. In August 1985 he became the Deputy Director of Procurement and Production at the Troop Support Command in St. Louis, Missouri. From February 1987 through January 1990, he returned to Fort Bragg as Commander of the Division Support Command, 82nd Airborne Division, and Commander, 1st Corps Support Command, XVIII Airborne Corps. In January 1990, he assumed command of the Defense Personnel Support Center, Philadelphia, Pennsylvania from July 1991 to July 1993, he commanded the U.S. Army Quartermaster Center and School, Fort Lee, Virginia, as the 42nd Quartermaster General.

A great trainer and motivator, as the 42nd Quartermaster General of the Army General Cusick expanded field training exercises at the Quartermaster School, and employed such phrases as “Logistics Warrior” and “THINK WAR” to cultivate a sense of pride and esprit – and improved readiness – among all Quartermaster soldiers.

From August 1993 through June 1995, he served in Washington, D.C. as Director for Supply and Maintenance, Office of the Deputy Chief of Staff for Logistics, returning to St. Louis, Missouri in June 1995, as Commanding General, U.S. Army Aviation and Troop Command. He was promoted to Lieutenant General and appointed as the Director for Logistics, the Joint Staff in April 1996. He retired on 31 May 1998 with over 34 years of active military service.

A dedicated “Red Hat,” General Cusick had five key rigger assignments over the course of his illustrious career, and left an indelible mark on that critical area of Quartermaster responsibility. He also authored a host of joint logistics plans and doctrine at the very highest level of the defense establishment, plans that are in use today, and will no doubt help guide logistics practices for decades to come. Indeed one senior logistician has maintained that: “General Cusick was arguably the best planner of his generation.”