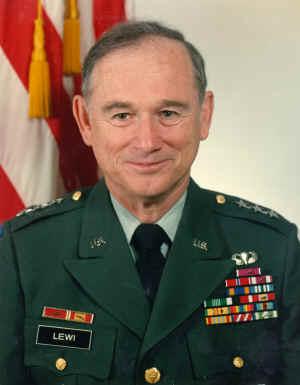 General Lewi was commissioned a Second Lieutenant in the Quartermaster Corps after completion of Reserve Officer Training at Texas A&M University. His civilian education includes a Master of Business Administration Degree from the University of Alabama.