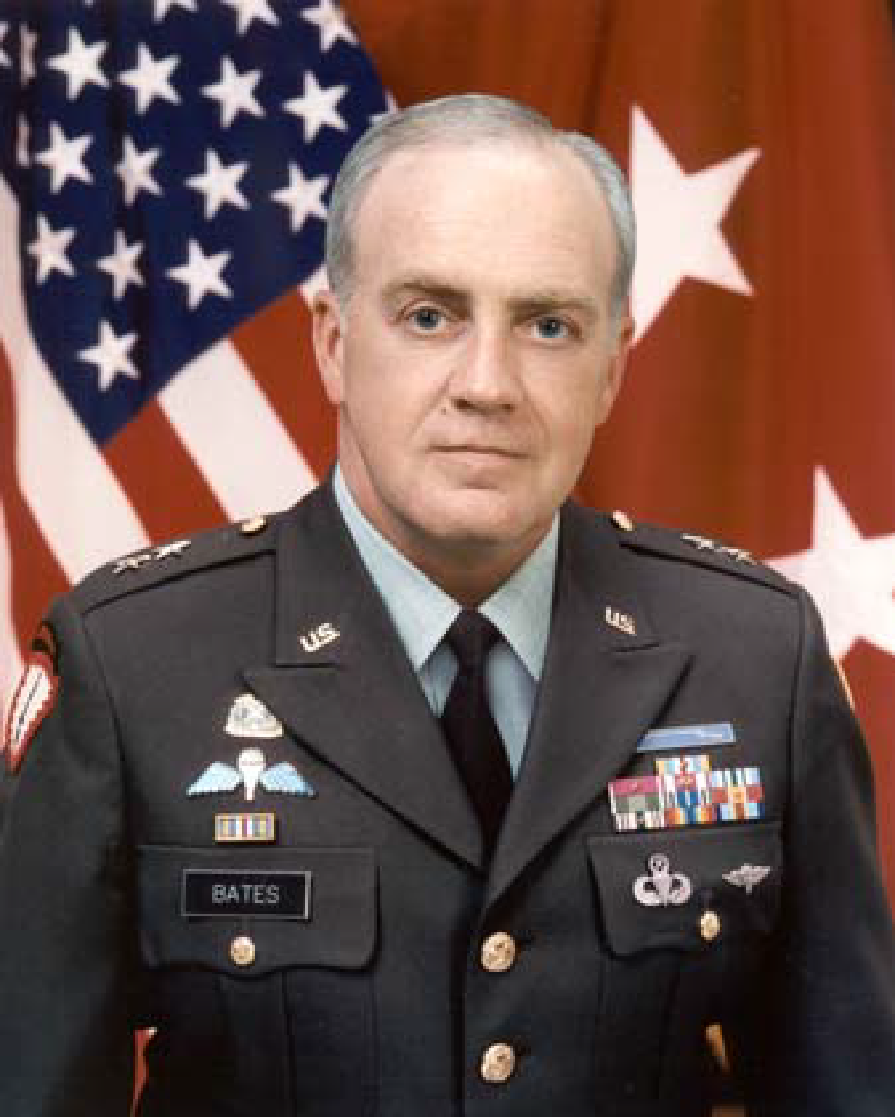 General Bates is a graduate of Oklahoma State University and was commissioned through its ROTC Program. He is a graduate of the Infantry Officer Basic Course, the Quartermaster Officer Advanced Course, the Command and General Staff College, and the Industrial College of the Armed Forces. He received a Master of Science Degree in Logistics Management from the Florida Institute of Technology.