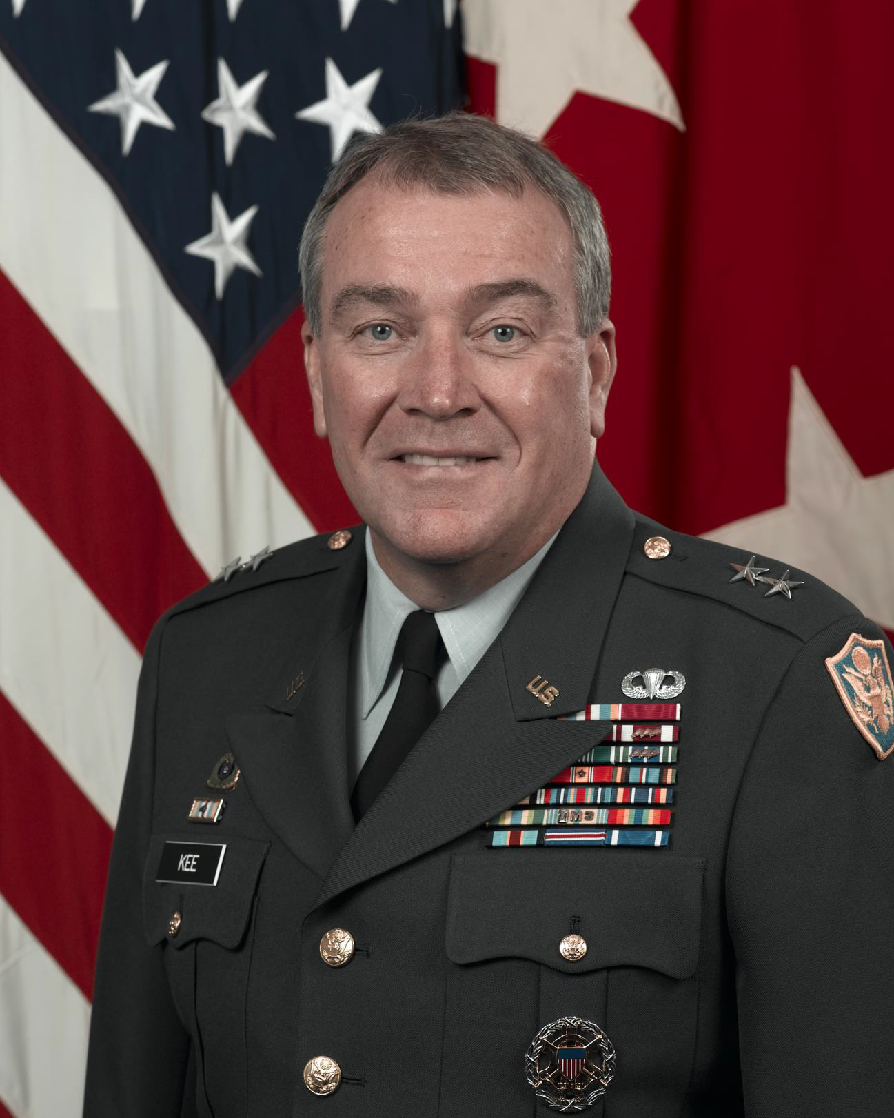 Upon transferring to the United States Army Reserves in 1982, he was assigned as a Logistics Staff Officer with the 363rd Support Group. After relocating to the Washington D.C. area in 1983, he joined the 55th Materiel Management Center as a Petroleum Officer.  His initial civilian work with Defense Fuel Supply Center garnered him increased petroleum expertise which was recognized when he was assigned in 1996 to the 310th Theater Army Area Command as the Petroleum Division Chief.  He became Commander of the 310th Special Troops Battalion after a six month Operation Joint Endeavor mobilization assigned to the Allied Central European Rapid Reaction Corps.   When the 310th transitioned to the 9th Theater Support Command, General Kee was assigned to the Support Operations Center as the Distribution Management Center Chief.  In 2001, he took command of the 55th Materiel Management Center and successfully led the integration and synchronization of a split-based, multi-component organization.

After command, he was assigned to the Defense Logistics Agency Defense Distribution Center as the Army Reserve Element Lead. Upon selection for Brigadier General, he became DLA’s Assistant J-3 and during this tenure mobilized to Kuwait as Director of U.S. Central Command’s Deployment and Distribution Operations Center. After promotion to Major General, and in his last assignment, Dempsey D. Kee served as the Deputy Director for Logistics Operations, J-4 the Joint Staff.