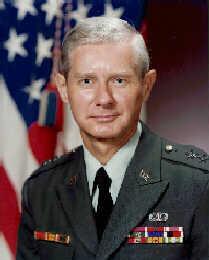 General Stubbs was commissioned a Quartermaster Officer with a two year Combat Arms detail in the Artillery upon his graduation from the University of California at Los Angeles, and received a Bachelor of Arts Degree in History. General Stubbs also holds a Master of Business Administration degree from American University. His military education includes the United States Army Command and General Staff College, and the Industrial College of the Armed Forces.