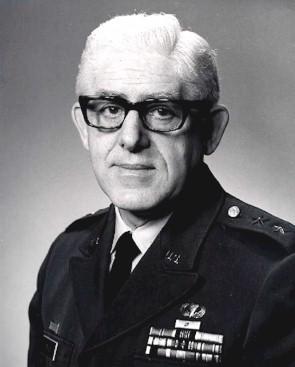 General Gerace graduated from the U.S. Military Academy in 1941 and received his commission as a Second Lieutenant in the Quartermaster Corps. During World War II, he distinguished himself as an Officer in the 543rd Quartermaster Group, European Theater, and stayed in Europe for nearly a year after the war, with the American Graves Registration Command in Paris.

From 1951 to 1954, General Gerace served in high positions in the United States Army Europe and Headquarters, European Command and was responsible for resolving inter-service and inter-allied problems in Europe that required great tact and diplomacy. After graduating from the Armed Forces Staff College in 1955, he served in the Office of The Quartermaster General in Washington as a special advisor for airborne matters. He later served for two years (1958-60) as an Advisor with the Office of the Joint Chiefs of Staff, Middle East and African Branch; and later (1960-62) as Chief Logistician and Division G-4 with the U.S. Military Advisory Assistance Group in Vientiane, Laos.

General Gerace was Commandant of the U.S. Army Logistics Management Center at Fort Lee from 1962 to 1965, followed by a year as Executive Officer to the Assistant Secretary of the Army. In 1966 he became Assistant Chief of Staff, Eighth U.S. Army in Korea. And in 1968 was named Commanding General, U.S. Army Natick Laboratories. In his last assignment before retiring in July 1970, he was Director of the Requirements and Procurement Branch, U.S. Army Materiel Command.

Over the course of his 30-year career General Gerace established an outstanding reputation among his peers as a truly distinguished logistician.