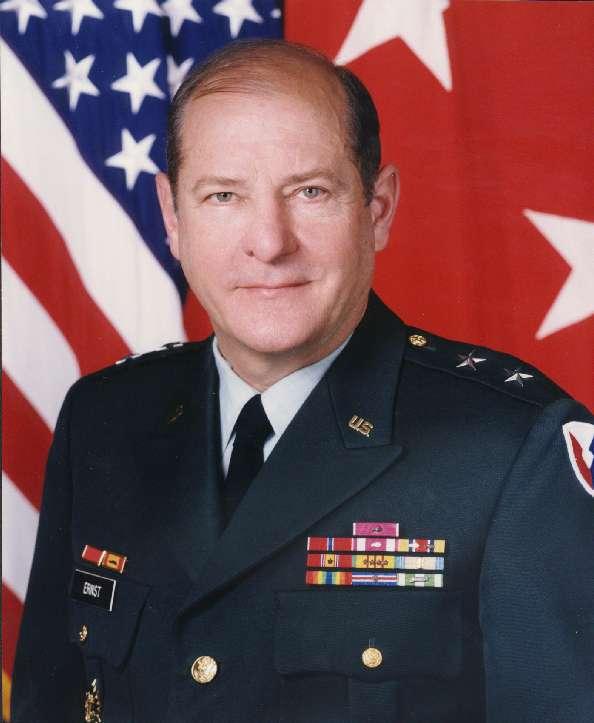 In 1965, Major General Joe M. Ernst was commissioned as a Quartermaster Officer through the Reserve Officers Training Corps at Texas A&M University.  Following the Quartermaster officers basic Course, he deployed to Vietnam for 15 months. Following his service in Vietnam, Major General Ernst returned to San Antonio Texas to begin his civilian career and service in the Army Reserves.

Major General Ernst is a graduate of the following military schools/courses: