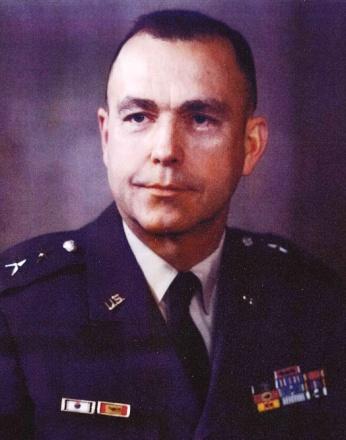 After attending Texas A&M University, Major General McWhorter received an appointment and graduated from the United States Military Academy in 1946. He was commissioned a second lieutenant Regular Army in the Quartermaster Corps.

General McWhorter attended officer basic courses at Infantry and Quartermaster Schools. He then received intensive training in Quartermaster activities, including depot management and special mess management. In 1949, he received his Master of Science Degree in Textile Engineering from the Lowell Technological Institute in Lowell, Massachusetts.

General McWhorter commanded the 94th Supply and Service Battalion (Direct Support) at Fort Lee, Virginia to train and prepare the unit for deployment to Vietnam. He deployed to Vietnam with the Battalion and served as Battalion Commander.

In July 1975, General McWhorter became the Deputy Director for Logistics (Strategic Mobility) J-4, Office of the Joint Chiefs of Staff, Washington, D.C. until his retirement on 1 June 1976.

In 1949 he was assigned to the Quartermaster Board at Camp Lee, Virginia and served for nine months as Production Design and development Officer. In 1950 he was assigned to a special research and development unit at Fort Lee. During this assignment he served as Production Design and Development Officer for Task Group 3.1 on Operation Greenhouse and for the Nevada Test Site. The group was tasked to determine if the Army could operate on an atomic battlefield. He developed and field tested the atomic battlefield procedures for decontamination of soldiers and clothing.

In April 1952, he assumed command of the 527th Quartermaster Technical Intelligence Detachment at Fort Lee, remaining in command during and after the unit’s deployment to Korea. In the latter part of his first tour in Korea, General McWhorter served as Assistant Chief, Plans and Training Branch, Quartermaster Section, Eighth US Army, Korea.

Following his tour in Korea, General McWhorter served in Okinawa, first as Petroleum Supply Officer and later as Chief of the Commissary Division.

In 1954 General McWhorter returned to the United States to assume duties as an Instructor in Mechanics at the United States Military Academy. During his final year on the instructor staff, he served as assistant Professor in the Department of Mechanics.

Upon graduation from the Quartermaster Officer advanced Course in 1958. He was assigned to the US Army European Exchange System in Nuremburg, Germany, where he served until 1961 as Executive Officer and Adjutant, concurrently.

From 1961 to 1963 General McWhorter was a staff officer in the Life Science Division, Army Research Office, Office of the Chief of Research and Development. During his tour with this office he attended the U.S. Army Command & General Staff College Associate Course where he received the George C. Marshall Award as Honor Graduate.

In 1963 General McWhorter was selected for assignment to London, England where he served as the General Materiel (Quartermaster) and Basic Research Representative to the US Army Standardization Group, United Kingdom.

He returned to the U.S. in April 1966 to assume command of the 94th Supply and Service Battalion (Direct Support) at Fort Lee, Virginia to train and prepare the unit for deployment to Vietnam. In November he deployed to Vietnam with the battalion and served as battalion commander until his return to the US in August 1967 to attend the Industrial College of the Armed Forces (ICAF) at Fort McNair, Washington, D.C. While in Vietnam he deployed the headquarters and headquarters company of his battalion to Chu Lai as part of Task Force Oregon.

Following his graduation from the ICAF in 1968, General McWhorter was assigned to the Defense General Supply Center, Defense Supply Agency, Richmond, Virginia, where he served successively as Director of Technical Operations, Director of Supply Operations and Director of the Office of Planning and Management.

General McWhorter returned to Korea in September 1970 to command the 19th General support Group in Taegu. In April 1971, he assumed command of the 23rd Direct Support Group, Pyeongtaek, Korea. He became Deputy Commanding General of the Korea Support Command (Provisional) in August 1971. He then became Commanding General, Army Logistics Command detachment, Joint US Military Assistance Group, Korea in November 1971, remaining in this position until assigned as Commanding General, US Army Natick Laboratories in July 1972.

A year later in July 1974 General McWhorter departed Fort Lee to become the Director of Transportation and Services, Office of the Deputy Chief of Staff for Logistics in the Pentagon.

In July 1975 he became the Deputy Director for Logistics (Strategic Mobility) J-4, Office of the Joint Chiefs of Staff, Washington, D.C. until his retirement on 1 June 1976.