Back to List
MG Joseph E. Pieklik
Class of 1992 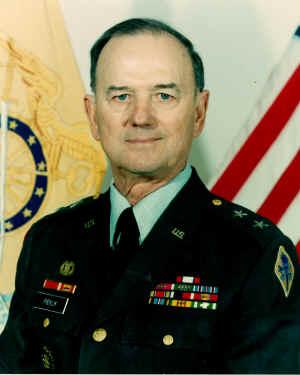 General Pieklik enlisted in the U.S. Army immediately after Pearl Harbor, graduated from Quartermaster OCS and was commissioned second lieutenant in December 1942.  During more than 32 years of active-duty service he held a wide variety of key logistical command and staff assignments at home and abroad.  Prior to his retirement in 1975, he commanded the U.S. Army Tank Automotive Command, Warren, MI. Major General Pieklik was the first Honorary Colonel of the Quartermaster Regiment.   He was installed on 25 February 1988 and served until 26 March 1993.